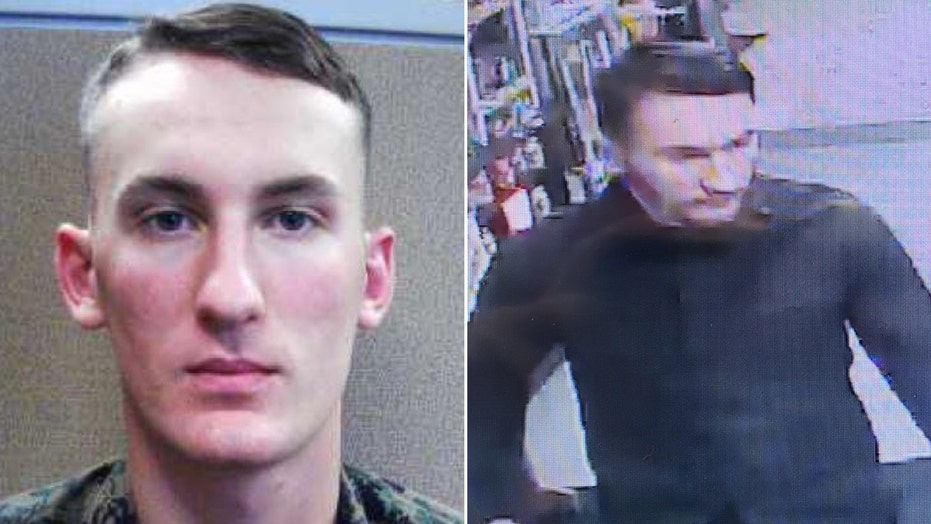 Police in Virginia are on the hunt for a former U.S. Marine that deserted his post last month and is now wanted in the killing of his mother’s boyfriend.

Deputies were dispatched to a Franklin County home at around 12 p.m. Saturday over reports that the homeowner was found dead on the property. Investigators later determined that the victim was allegedly killed by his live-in girlfriend’s son, who was later identified as Brown.

The sheriff’s office said in a press release Sunday that Michael Brown’s last known address was near the victim’s -- although it was not immediately clear if they lived in the same home -- and he was likely driving a 1976 Cadillac.

A later update said that Brown ditched his car and might be in a 2008 Lincoln Town Car with North Carolina license plates.

Little is known about Brown’s motive for the killing or his whereabouts. The sheriff’s office said he “has been known to live in the woods and frequent National Parks and National Forest.”

He is also considered “armed and dangerous.” Police said he is believed to be armed with a high-powered rifle and “may have access to other weapons.”

Brown was a combat engineer in the Marines before he deserted his post at Camp Lejeune in Jacksonville, N.C. on Oct. 18.

A warrant for his arrest was issued for second-degree murder and use of a firearm in the commission of a felony.