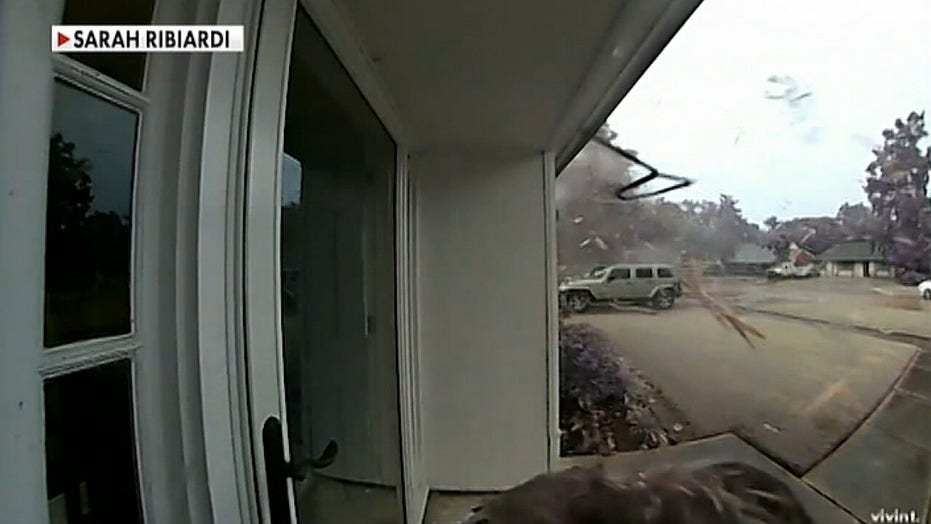 A terrifying lightning strike is caught on camera while a woman is standing outside her home in Louisiana.

A woman in Louisiana had a scary moment on Friday after a lightning strike caused a tree to explode, sending wood and debris flying through the air inches away from her.

The incident happened around 7:45 p.m. as a thunderstorm moved through Morgan City, located about 85 miles southwest of New Orleans.

Home security footage from Sarah Ribardi posted to Facebook shows her walking out to her doorstep just moments before the blast.

“God was definitely with us!” she wrote. “One step closer and [I] would have been seriously injured!”

In the video, a bright flash and a thunderous crack cause Ribardi to duck as the tree explodes, sending splinters flying in every direction.

Sarah Ribardi ducks as debris from a tree is blasted into her front yard after a lightning strike on Friday, Aug. 7, 2020. (Courtesy/Sarah Ribardi/Facebook)

After screaming and ducking as wood and debris fly fast, Ribardi then quickly runs inside.

Ribardi also shared photos of some of the damage after the strike, including from the inside of a home.

According to KATC-TV, several homes and vehicles were damaged in the incident but no one was injured.

LIGHTNING SAFETY: THESE ARE THE ACTIVITIES LINKED TO THE MOST DEATHS

Lightning typically strikes tall objects such as trees and skyscrapers because their tops are closer to the base of the storm cloud, according to the National Severe Storms Laboratory (NSSL). 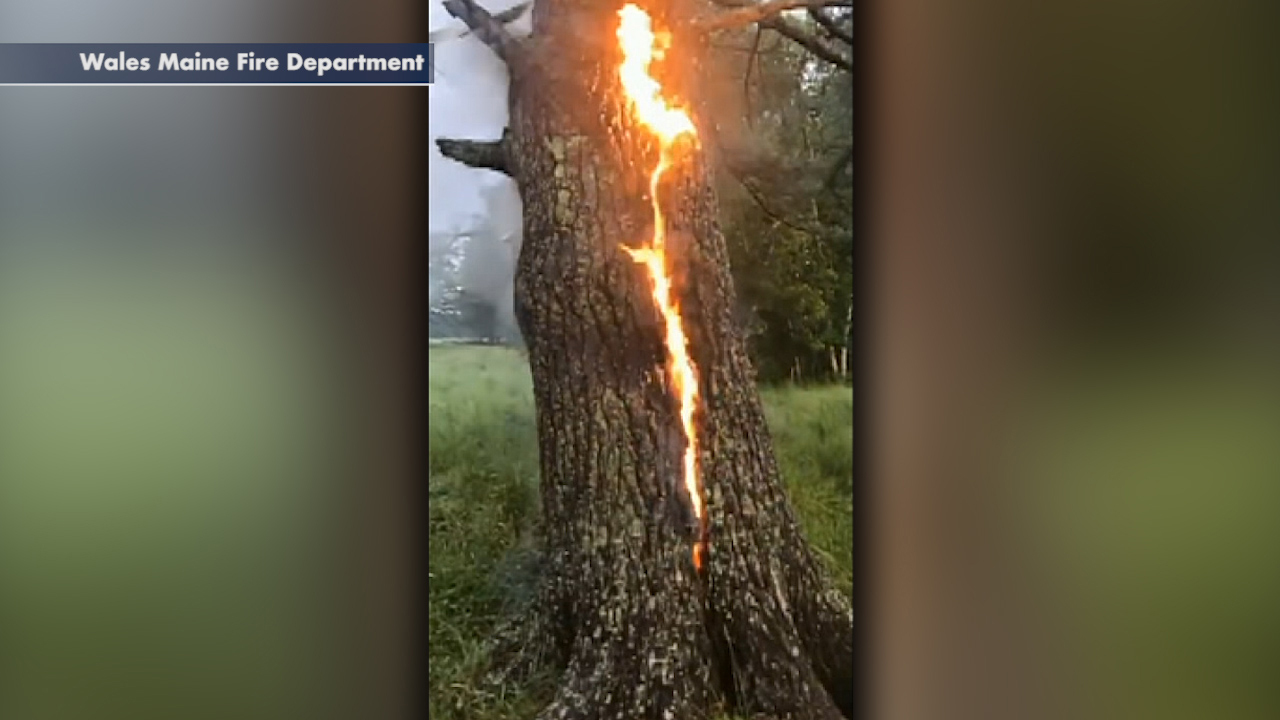 "If it gets under the bark into the surface moisture of the wood, the rapidly expanding steam can blast pieces of bark from the tree, and the wood along the path is often killed," the agency states.

John Jensenius, a lightning safety specialist with the National Lightning Safety Council, told Fox News he's found that people still believe lightning is attracted toward metal and that people also misjudge their distance from approaching storms, thinking that the lightning rise may be much further away than it actually is.

"The key is, if there's any threat at all, rumble of thunder or what looks like a threatening sky, you need to be able to get into a safe place very quickly," he said.