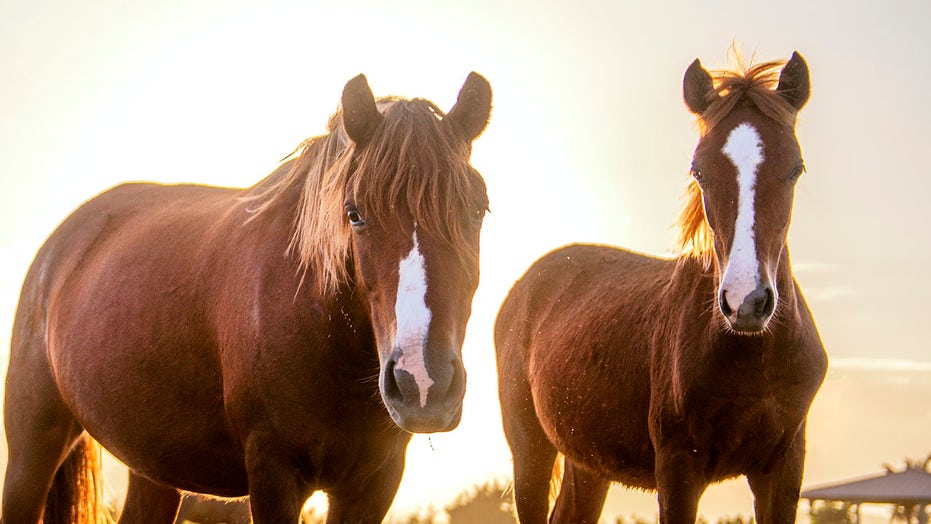 Police are investigating a case of possible animal cruelty after several horses were reportedly stolen and later harvested for meat in Florida.

The Sumter County Sheriff's Office posted a warning to local horse owners on Facebook Thursday after a Central Florida family found their 10-year-old horse named Jayda dead near the pasture where she was being kept.

"Special Attention Horse Owners...We are currently investigating an animal cruelty case that involved a horse being stolen and harvested for meat, from the Sumterville area," the sheriff's office wrote on Facebook. "Although this is the only incident in Sumter County, through the investigation we have learned it is on the rise throughout the state."

Tamara Weaver, Jayda's owner, told Fox 35 she received a call that the fence of the pasture was cut and her horse gone. Hours later, after tracking what looked like hoofprints, the horse they raised since it was less than a year old was found dead.

"Jayda was very loving and friendly with people she knew. I cannot believe she went with them willingly," Weaver told the outlet. "She was my happiness and my joy. She is missed by everyone that knew her. She was very special to us."

In addition to Jayda, police said a horse was taken on Dec. 1. from a home in Palmetto, Fla. It was found dead and reportedly slaughtered for its meat in a nearby field, according to Fox 10.

The Manatee County Sheriff's Office posted a video of the suspect. They said three separate rewards totaling $13,000 are being offered for information leading to an arrest.

Another woman from Ocala also believes her horse was killed on Thanksgiving. Tammy Davis said she received a phone call around 8 a.m. that her horse named HotRod had been attacked.

When Davis arrived she found it mangled.

“This was not an animal. There were no claw marks. These were nice, clean, cuts,” Davis told Fox 35. “They cut the meat from both sides of the body. It wasn’t just one side like it got attacked by a predator.”

To combat the horse theft -- which the Sumter County Sheriff's Office says is on the rise throughout the state -- police will be performing extra patrols on properties that house livestock.

To have your property added to the patrol list, contact Analyst Billy Bowles at 352-569-1695. Anyone with more information is asked to contact the Sumter County Sheriff's Office at 352-793-2621.

Cruelty to animals is now a federal crime under a new law signed by President Trump on Nov. 25. Penalty for violating the Preventing Animal Cruelty and Torture Act (PACT) can include a fine, a prison term up to seven years, or both.

"PACT makes a statement about American values. Animals are deserving of protection at the highest level," Kitty Block, president and CEO of the Humane Society of the United States, said in a statement.