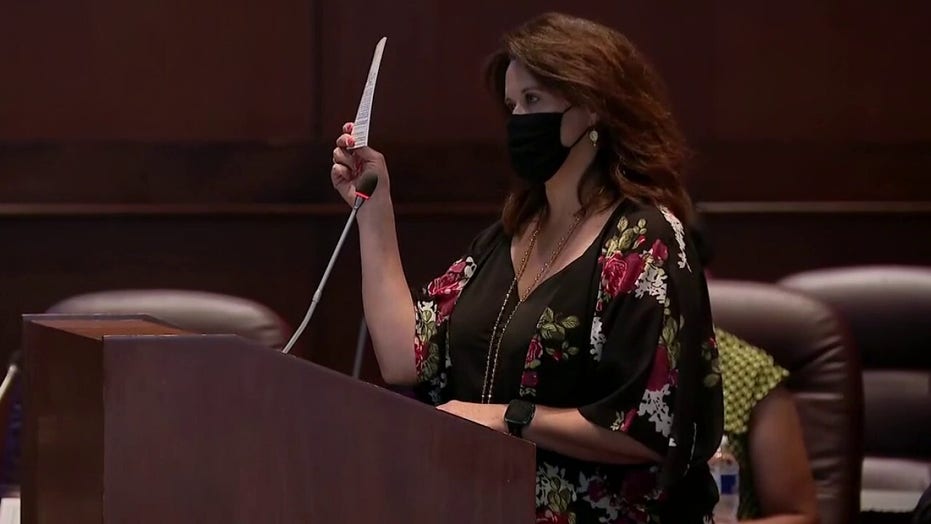 Loudoun County Public Schools (LCPS) in Virginia said Friday that it intended to appeal a judge's order that the district reinstate Tanner Cross, the physical education teacher who was suspended after making controversial comments about gender.

In a statement, LCPS said it would bring the issue to the state Supreme Court.

"LCPS respectfully disagrees with the Circuit Court’s decision to issue the injunction, and it is appealing this ruling to the Supreme Court of Virginia," the statement read.

"Leesburg Elementary School and Loudoun County Public Schools experienced – and continue to experience – significant disruption since the May 25 School Board meeting during which Cross addressed the board. Many students and parents at Leesburg Elementary have expressed fear, hurt and disappointment about coming to school. Addressing those concerns is paramount to the school division's goal to provide a safe, welcoming, and affirming learning environment for all students. While LCPS respects the rights of public-school employees to free speech and free exercise of religion, those rights do not outweigh the rights of students to be educated in a supportive and nurturing environment."

LCPS declined to comment further but its statement struck at some of the arguments made by Judge James E. Plowman, who not only doubted the claims of disruption but argued Cross' constitutional rights outweighed school concerns.

He said Cross' "interest in expressing his First Amendment speech outweigh the Defendant's interest in restricting the same and the level of disruption that Defendant asserts did not serve to meaningfully disrupt the operations or services of Leesburg Elementary School."

Alliance Defending Freedom, which is representing Cross, was confident it would succeed.

"Judge Plowman’s opinion ordering Tanner’s reinstatement was a well-reasoned application of these facts to clearly-established law," said Tyson Langhofer, Sr. Counsel & Director of the Center for Academic Freedom with Alliance Defending Freedom. "We are confident that, if the Virginia Supreme Court hears the appeal, it will affirm the circuit court’s decision."

Cross sparked an uproar last month when he told LCPS' school  board that he wouldn't "affirm that a biological boy can be a girl and vice versa because it's against my religion. It's lying to a child, it's abuse to a child, and it's sinning against our God."

He had specifically referred to draft policy 8040, which required Loudoun staff to use preferred pronouns.

"LCPS staff shall allow gender-expansive or transgender students to use their chosen name and gender pronouns that reflect their gender identity without any substantiating evidence, regardless of the name and gender recorded in the student’s permanent educational record," it read.

"School staff shall, at the request of a student or parent/legal guardian, when using a name or pronoun to address the student, use the name and pronoun that correspond to their gender identity. The use of gender-neutral pronouns are appropriate. Inadvertent slips in the use of names or pronouns may occur; however, staff or students who intentionally and persistently refuse to respect a student’s gender identity by using the wrong name and gender pronoun are in violation of this policy."

Tuesday's school board meeting exploded with parents and educators irate at the county for its actions towards Cross.

Many complained that LCPS was exceeding its authority and chilling speech. Some educators also spoke in support of Cross and his ideas while others backed the county's position.