Laundrie's Florida neighbors say family appeared to go 'camping' after Brian returned from Wyoming
Some neighbors of the Laundrie family in North Port, Florida – the would-be in-laws of deceased 22-year-old Gabby Petito – told Fox News on Wednesday that about a week after Petito's then-fiance Brian Laundrie returned from the Western road trip, the family packed up an "attached camper" and left for what appeared to be a long-weekend camping trip. 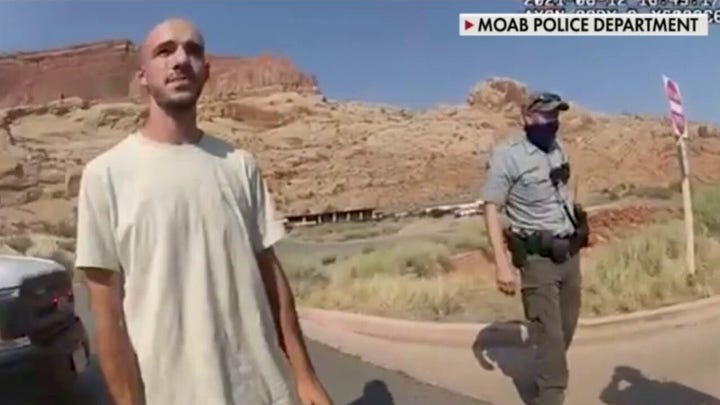 Charlene and William Guthrie told "The Story" it has been a "nightmare" living across from the Laundries since Petito and later Brian Laundrie went missing.

The Guthries said they moved to the community, about 85 miles south of Tampa, in the early summer. But within months their neighborhood was abuzz with activity.

"We didn't know it was Gabby's, we just assumed it was [Brian's] van," Charlene said when Brian returned to Florida earlier this month.

"We just thought they had come back from wherever. We didn’t know they were on a trip. We assumed they went back to their house or wherever they got a house. … We didn’t know much about them at all," she said.

Biden approval rating takes a plunge among independents: poll
President Biden's approval rating among Americans stands in negative territory at 43%, a drop of six points in just one month, according to a new Gallup poll.

The survey, released Wednesday, indicates the deterioration in the president’s numbers is being fueled by a plunge in approval among independents. And Biden’s approval is lower at this point in his presidency than any of his most recent predecessors, except for President Trump.

Biden's flagging numbers come in the wake of his much criticized handling of the turbulent U.S. exit from Afghanistan. And they come amid a surge in COVID cases this summer among mainly unvaccinated people due to the spread of the highly infectious delta variant, as the nation struggles to combat the coronavirus, the worst pandemic to strike the globe in a century. CLICK HERE FOR MORE.

In other developments:
- Tucker Carlson: Joe Biden revealed why he supports illegal immigration in 2015, he wants to change the country
- Four House Republicans file impeachment articles against Biden over border and Afghanistan
- Warren says infrastructure, reconciliation ‘go together,’ says 11 senators back House progressives
- Ted Cruz: Biden admin told Haitians ‘you can stay here,’ and they spread the word to family, friends 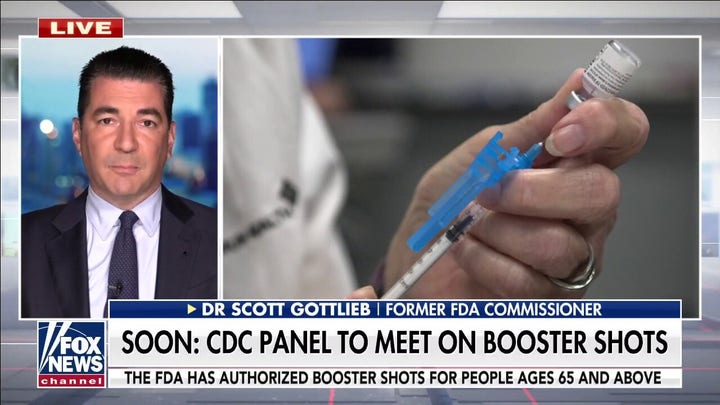 The FDA told Fox Business it has approved a single booster shot to be administered to some groups at least six months after their first two doses.

These groups include those 65 years and older, and those 18-64 who are either at "high risk of severe COVID-19" or who work in high-risk places.

"After considering the totality of the available scientific evidence and the deliberations of our advisory committee of independent, external experts, the FDA amended the EUA for the Pfizer-BioNTech COVID-19 Vaccine to allow for a booster dose in certain populations such as health care workers, teachers and daycare staff, grocery workers and those in homeless shelters or prisons, among others."

The announcement comes after an advisory group serving the FDA overwhelmingly rejected a sweeping White House plan to dispense third shots to nearly everyone. CLICK HERE FOR MORE.

THE LATEST FROM FOX BUSINESS:
- Fed predicts when interest rates will rise, moves to ease pandemic support
- Apple denies request by Epic to bring ‘Fortnite’ developer account back
- Evergrande collapse could be ‘worse’ than Lehman for China
- Tech giant's CEO vows company will do 'everything in our power' to find leakers
- Chick-fil-A kicked out of group of restaurants for major new airport

Laura Ingraham explained how the financial entanglements between the Biden and Heinz-Kerry families and China help explain why the U.S. continues to defer to its biggest global rival on many fronts: economic, humanitarian and coronavirus-related.

The host of "The Ingraham Angle" compared the Biden administration's refusal to confront China over its role in disseminating the coronavirus pandemic to how President Biden might by contrast confront a red-state Christian university if its biolab leaked a novel virus that infected the world.

"Do you think the Biden administration would demand answers? Issuing condemnations of these risky practices and citing the rushing loss of life and economic consequences caused by this irresponsible university? Of course it would. Of course the left would assume that the lab leak was purposeful at the university," she said.