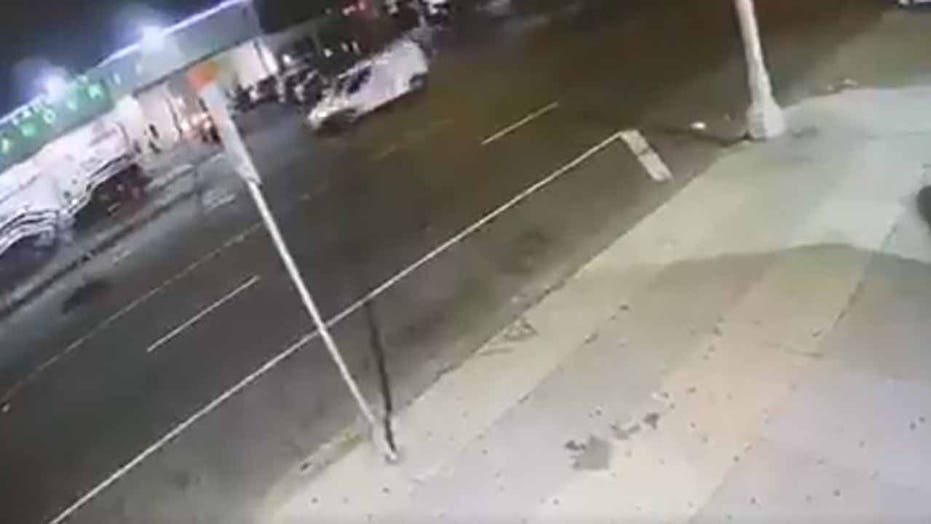 A video released by the Los Angeles Police Department Wednesday showed the moments a pedestrian who was struck and killed was hit by three separate drivers who all fled the scene.

A man identified as 50-year-old Jose Fuentes was crossing Central Ave. at 78th Street when a motorcycle traveling northbound ran into him around 7:39 p.m. Sunday. Surveillance video released by the LAPD South Traffic Division showed Fuentes as he was knocked to the ground.

As he remained lying in the street, Fuentes was struck by a second vehicle, and then a third. All three drivers left the scene.

A separate surveillance video taken from a closer angle showed who police described as a male driver briefly get off his dark-colored sportbike, before taking off and fleeing the scene.

“No one stopped and helped out Mr. Fuentes and he laid there,” Det. Ryan Moreno said at a news conference. “The guy on the motorcycle, he could have easily went on the street, maybe stopped and blocked traffic and prevented maybe the second or third collision from happening but he elected to get back on his motorcycle and took off and fled the scene.”

Police described one of the other vehicles involved in the incident as a white sedan.

Anyone with information about the three hit-and-run drivers is asked to call LAPD South Traffic detectives at 323-421-2500.