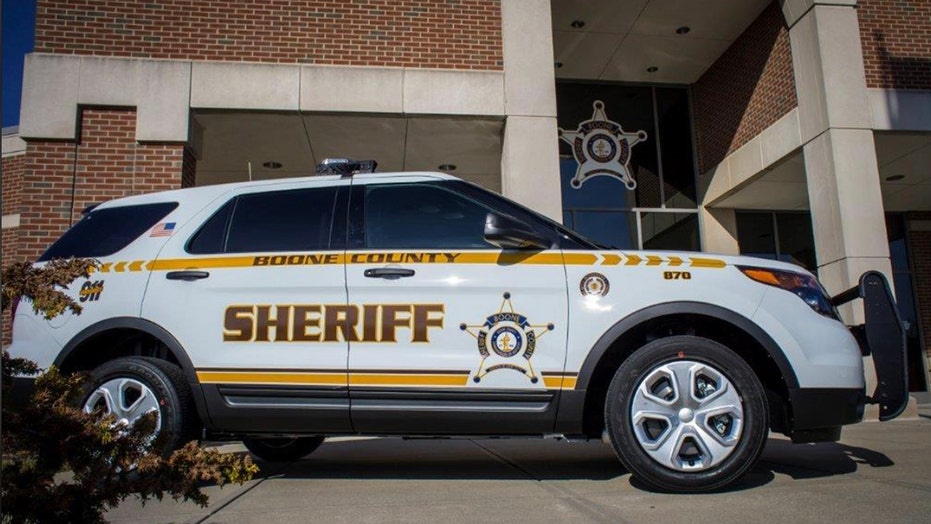 A Kentucky man has been accused of firing two shots at his juvenile son after losing to the boy in arm wrestling and then holding deputies at bay for eight hours before surrendering.

Curtis Zimmerman, 55, of Florence, was arrested on an endangerment charge Monday morning after being taken into custody by members of the Boone County SWAT team, according to the Boone County Sheriff's Office. The boy, whose age wasn't released, wasn't injured.

Deputies were called to Zimmerman’s home around 1 a.m. for a report of a subject with a weapon, sheriff officials said.

When they got there, they found Zimmerman holed up in the house alone.

“Deputies learned that Zimmerman was intoxicated and challenged his juvenile son to an arm-wrestling contest,” the Sheriff’s Office said in a Facebook post.

”When Zimmerman lost multiple times, he became agitated, which led to a physical altercation with his son,” the post said. “Zimmerman grabbed a firearm and as his son was going upstairs, Zimmerman fired two shots inside of the house.”

SUSPECT IN KILLING AT LOUISVILLE BREONNA TAYLOR PROTEST IN CUSTODY

The Facebook post quoted Zimmerman as telling deputies that he was aiming at the ceiling when he fired the gun.

Zimmerman was taken to a hospital for an evaluation after his arrest and his bond was set at $5,000.