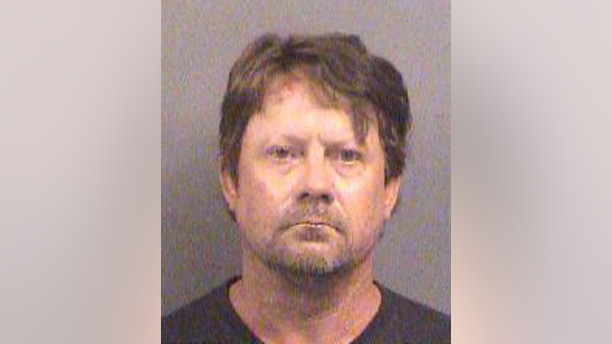 The explosive issues of race, immigration and guns emerged during jury selection at the trial of three militia members accused of conspiring to bomb a mosque and apartment complex housing Somalis in southwest Kansas.

Patrick Stein, Gavin Wright and Curtis Allen are charged with conspiracy to use a weapon of mass destruction and conspiracy against civil rights. Stein also faces a weapons-related charge and Wright has an additional charge of lying to the FBI.

The three men, who were indicted in October 2016, have pleaded not guilty.

Assistant U.S. Attorney Anthony Mattivi probed prospective jurors about their views on whether the federal government should protect civil rights and whether anyone believes the U.S. should limit the number of refugees into the country.

Defense attorney Jim Pratt, who represents Stein, warned jurors about the profanity they will hear in the case: "The language is horrible. You are going to hear unquestionably offensive and racist language in this case. Is there anyone here who is not offended by defining another human being as a cockroach? How about defining a group of people as an infestation?"

One prospective juror replied, "It's just a word. What's the big deal?"

Pratt pressed further, telling the group they would hear racist language which refers to then President Barack Obama as a "n----- in the White House" and he asked whether anyone finds that offensive.

The sole black woman who was left in the first group of prospective jurors responded that was offensive to her, and agreed she probably couldn't judge the men fairly. She was dismissed from the pool.

Defense attorney Kari Schmidt, who represents Wright, questioned the jury pool about their familiarity with survivalist shows such as Doomsday Preppers and whether they could be impartial about a person who has a lot of guns.

The government said in court filings that a militia member tipped off federal authorities after becoming alarmed by the heightening talk of violence, and later agreed to wear a wire as a paid informant. The government's case features months of investigation captured on profanity-laced recordings that referred to the Somalis as "cockroaches."

Earlier in the case, a judge denied a defense motion to expand the prospective jury pool to encompass more rural western Kansas counties where the defense believed residents would be more conservative.

Defense attorneys argued the case is "uniquely political" because much of the anticipated evidence is in reaction to the 2016 presidential election. They contended the case will require jurors to weigh evidence regarding whether the alleged conduct constitutes the crimes charged, or whether it is constitutionally protected speech and assembly and implicates the right to bear arms.