A New York man who tweeted an offer of $500 to anyone willing to kill a federal Immigration and Customs Enforcement (ICE) officer was acquitted Friday.

The case against Brandon Ziobrowski, 35, centered on whether a threatening social media post is protected speech under the First Amendment.

A federal jury in Boston cleared Ziobrowski of using interstate and foreign commerce to transmit a threat after a week of testimony. He had faced up to five years in prison and a $250,000 fine if convicted.

“It seemed like the right verdict,” Ziobrowski said as he walked out of court late Friday. “It’s been a horrible year. I’m glad it's over.” 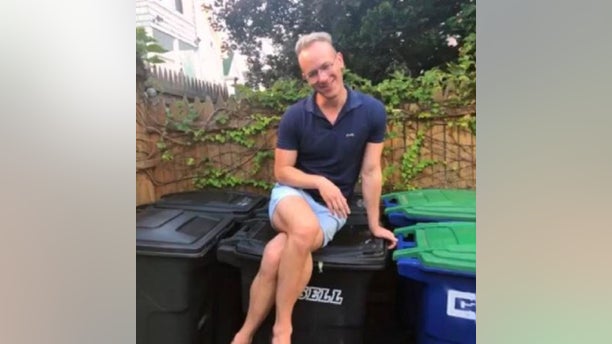 Brandon Ziobrowski, 35, was acquitted by a federal jury Friday for making threats against federal immigration agents via social media.  (Facebook)

“We respect the jury’s verdict. But in this case, the defendant posted a tweet that, on its face, offered $500 to anyone who killed a federal agent," Lelling said in a statement. "In 2019, over 100 law enforcement officers died in the line of duty.  The public needs to know that, regardless of today’s verdict, we will never hesitate to prosecute apparent threats against law enforcement officers.”

Ziobrowski lived in Cambridge, Mass., at the time of the threat last year.

“I am broke but will scrounge and literally give $500 to anyone who kills an ice agent," he tweeted to his 400 followers in July 2018. "@me seriously who else can pledge get in on this let’s make this work.”

“Thank you ICE for putting your lives on the line and hopefully dying I guess so there’s less of you?” he wrote, according to court documents. He also tweeted about wanting to kill then-Republican Sen. John McCain, who died in August 2018.

His attorney, Derege Demissie, argued that the tweets are protected speech and had been blown out of proportion by authorities.

“This is a guy who tweets about all kinds of things and says outrageous things,” he said.

Assistant U.S. Attorney Stephanie Siegmann said Ziobrowski's comments were clear and put the lives of law enforcement officers at risk. She said he never indicated whether he was joking or being sarcastic.