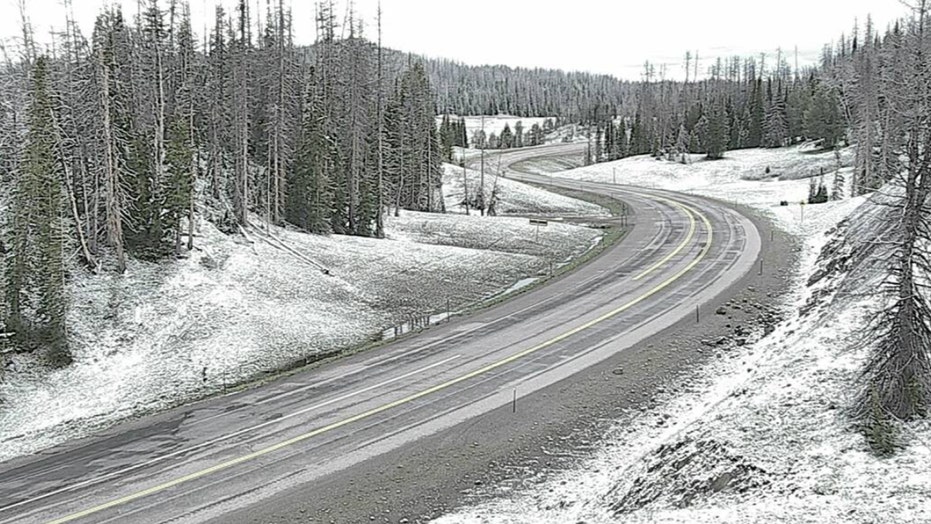 We are weeks into summer, but parts of the Mountain West still look like scenes straight out of winter.

Several inches of snow piled up earlier this week in the higher elevations of Utah, Idaho, Montana and Wyoming, after the latest in a series of June storms.

Higher elevations in the area picked up close to 6 inches of snow.

The NWS said that most of the snowfall in Utah was above 9,000 feet in mountainous areas.

Snow was also reported in the Wasatch Mountains on Tuesday.

In addition to the snow, temperatures more appropriate for early spring were reported in the area. Several places had record lows.

A winter wonderland also was reported in neighboring Idaho, where several inches of snow fell at Galena Summit at 8,700 feet.

JUNE SNOW FOR MONTANA, IDAHO BRINGS UP TO A FOOT OF POWDER TO NORTHERN ROCKIES

"In the ongoing crazy that is 2020, we had fresh snowfall this morning!" the Idaho Transportation Department tweeted Monday.

Areas along Idaho Highway 21 at Banner Summit had fresh powder, and a light coating of snow also was recorded Monday at Lost Trail Pass on the border of Idaho and Montana.

Snow fell on Monday at Lost Trail Pass on the border of Idaho and Montana. (Idaho Transportation Department)

The NWS office in Riverton, Wyo., said that snow stuck around on Togwotee Pass for the first day of July, which was "hard to believe."

"I guess in 2020, it's only fitting that we wrap up this final weekend in June with snow in the Cascades," he tweeted.

The NWS Weather Prediction Center (WPC) said Wednesday that an upper-level low pressure system over the region will lead to more precipitation, but that higher-elevation snow should taper off by the end of this week.

"High temperatures are forecast to remain 10 to 20 degrees below average over the Northern Great Basin and Northern Rockies underneath the upper low," forecasters said.