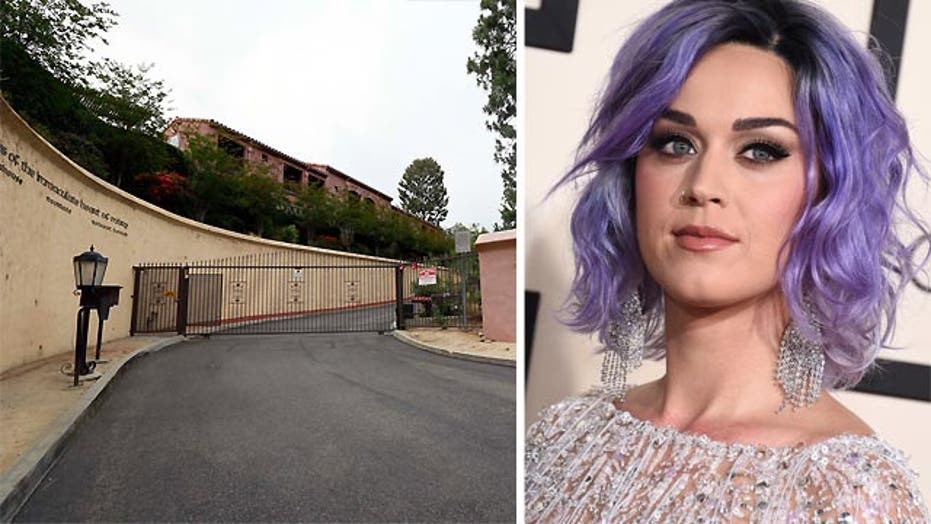 LOS ANGELES – A judge said Thursday he believes a group of elderly nuns improperly sold their hilltop convent to a businesswoman but delayed any efforts by church officials to finalize a competing sale to pop singer Katy Perry.

Thursday's mixed ruling by Superior Court Judge James C. Chalfant will tie up the once-lavish estate in months of litigation. While the judge preliminarily ruled that entrepreneur Dana Hollister's purchase of the convent is invalid, he ordered her to pay $25,000 a month to support the nuns and denied representatives for Los Angeles' Catholic archbishop or Perry access to the convent during the dispute.

"There is no doubt in my mind sale to defendant Hollister was improper and invalid," Chalfant said.

Hollister has plans to turn the convent into a boutique hotel and restaurant, while Perry would transform it into a private home.

The Roman villa-style convent sits on eight acres atop a hill in the Los Feliz neighborhood near Hollywood. The order of nuns that has owned the property for more than 40 years hastily sold it to Hollister in June, bypassing approval from Los Angeles' archbishop.

Archbishop Jose H. Gomez wants to sell the convent to Perry, but the sale cannot go forward because Hollister has already registered a deed for the property. Chalfant said it will take months, if not years, to resolve the dispute between the Sisters of the Most Holy and Immaculate Heart of the Blessed Virgin Mary and the archbishop.

"You're not selling to Katy Perry anytime soon," Chalfant told the archbishop's lawyers.

The archdiocese and nuns agree the property, which was bestowed to the sisters by a devout Catholic who wanted them to keep him in their prayers, should be sold. The two sides are fighting over the control of the sale's proceeds and whether Perry or Hollister are suitable buyers.

In May, at the archbishop's request, the nuns met with Perry to see if a compromise could be worked out. At least two of the five surviving nuns — who had already searched for Perry's music videos and weren't pleased with what they saw — continue to oppose the singer purchasing the convent.

Chalfant ruled that church law governs the sale of the convent, not civil law. He ordered Hollister to remove any armed guards from the property and set a hearing for Sept. 15 on whether she will be able to retain possession of the convent.

Archdiocese lawyers want Hollister removed and said Thursday that Perry has agreed to pay rent on the convent while the case is litigated.

A lawyer for the sisters argued it was unfair to use canon law to decide the issue because civil laws should govern the sale.

Chalfant noted that the nuns did not properly follow their own procedures when they agreed to sell the convent to Hollister in June.

"This is a problem for the sisters because they don't trust the archdiocese," Chalfant said.

Hollister attended the hearing, sitting in the second row next to a pair of the nuns, one of whom listened to Chalfant describe his ruling with her hand over her mouth.

Perry did not attend the hearing, but her lawyer watched the proceedings.

Hollister was already cleaning and restoring the convent, but stopped the project after she was sued by the archbishop.

Anthony McCartney can be reached at http://twitter.com/mccartneyAP .

The headline of this story has been corrected to show that the sale the judge said appears invalid was to the businesswoman, not Katy Perry.