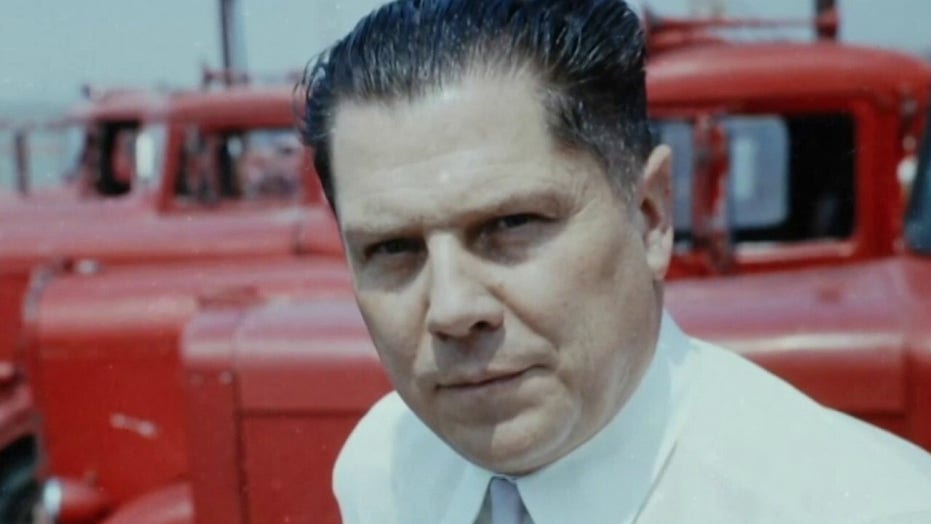 It seems like the least likely place to bury Jimmy Hoffa:  under a hole at an exclusive golf course of a venerable Southern resort in Savannah, Georgia.

"It was so out of the way, it was ridiculous that he would be brought him here to Savannah, Georgia," said Reginald Haupt, Jr., a former criminal defense lawyer known as "Bubba."

Haupt was describing the former Savannah Inn and Golf Country Club on Wilmington Island, on the banks of the Savannah River. In its time, the resort was an elegant and off-the-path destination that was an exclusive playground for mobsters, Hollywood royalty and the local Southern gentility of high society. The majestic 1927 hotel building that dominates the fairways was originally built as the General Oglethorpe Hotel and Golf Club, and for a time the complex was owned by the Teamsters Union. It is now a luxurious condominium.

Reginald Haupt, Jr., a former criminal defense lawyer known as "Bubba," claims Jimmy Hoffa was buried under a hole at a golf course in Savannah, Georgia.

Haupt said that members of the Chicago Outfit, including Mafia boss Sam Giancana and others, would vacation at the resort. The hotel was run by Haupt's client, Lou Rosanova. Back in the Windy City, Rosanova was known as "Lou the Tailor," but in Savannah Haupt said the mob knew him as the boss of the club, which is why he said Rosanova could be trusted to participate in hiding Hoffa's remains. Haupt said that Chicago placed Rosanova at the club to run it. The Feds identified Rosanova as a top member of the Chicago mafia, though he publicly denied it. He died in 2003.

Haupt said that the FBI believed Rosanova was involved and interviewed him about the claim.

Also, Haupt said that shortly after Hoffa disappeared in Detroit on July 30, 1975, a twin-engine Beechcraft King Air plane arrived at the private dirt landing strip on the island with a "package" that contained Hoffa's body.

"The plane was a King Air, it flew in," he recounted. "The package was flown in here from Detroit."

"They would probably locate him where no one would ever suspect," he said. "And you don't go around digging up a golf course."

The range of a 1975 King Air model could fly the nearly-900 miles to the island from Detroit, or from the Pontiac, Michigan airport (Hoffa visited the owner of the limousine rental business Airport Service Lines before he vanished.) The Saffold field on Wilmington Island had a runway that was 3,500 long, just within a King Air's capability.

Another curious tipoff came, said Haupt, when the mobsters and Teamsters would play golf. He said that when the underworld golfers got to one hole, they would urinate on the green where Hoffa is supposedly buried.

"At one particular spot on that golf course, they would urinate," he said. "They would laugh about it, and when you see somebody do that, it sort of rings a bell. That is not ordinary golf etiquette."

He said, one day he saw Rosanova urinate on the hole, so he asked one of his associates about that behavior.

"That's when he told me, he said, 'I never had this conversation with you, but you are looking where Jimmy Hoffa is buried.' I never said another word. I did not ask anybody. The subject was dropped and I never approached it."

It seems like the least likely place to bury Jimmy Hoffa:  under a hole at an exclusive golf course of a venerable Southern resort in Savannah, Georgia.

"It happened so quick, and so quietly during that time, you can never tell," he said. "But something was going on, we just couldn't put our finger on it."

Haupt told Fox News that he has been interviewed several times by FBI agents regarding his claim, and locals say that they have seen FBI agents on the golf course examining the location of the suspected hole. He also has known both sides of the law, having served time in a securities fraud case.

The FBI will not comment on whether it has talked to Haupt or if agents have been on the course, but the bureau has never closed the case and continues to investigate it.

The FBI told Fox News that "as with any missing person investigation, the FBI is committed to locating Mr. Hoffa. Throughout the nearly 46 years since Mr. Hoffa's disappearance, people have come forward with tips and information. When we are able to develop credible leads from those tips, we pursue them, and will continue to do so until the case is solved."

Authorities are also pursuing the possibility that Hoffa was buried next to a toxic waste dump in Jersey City, New Jersey. That claim is detailed in the latest episode of the Fox Nation series "Riddle: The Search for James R. Hoffa,"

Haupt is writing a book about the resort, the Hoffa case, and its bygone world called "Mob Island." He also represented many local indigent clients who needed help in murder cases.

"I want the man to be found," Haupt said. "Particularly for the Hoffa family, if I can play a part in where he is at, then it is my obligation to do that. They deserve to have their father buried properly."

Watch all four episodes of "Riddle: The Search for James R. Hoffa" now on Fox Nation.