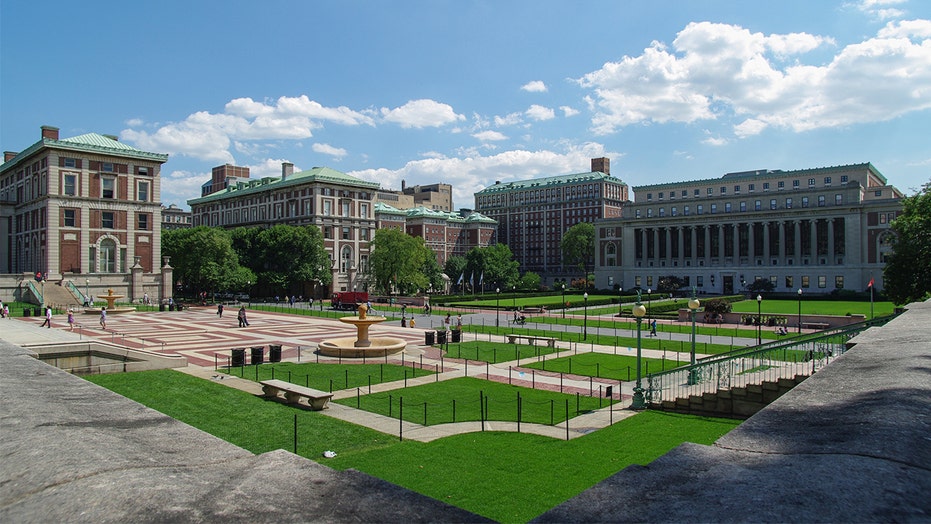 A Jewish-Israeli student at Columbia University has filed “the first legal action since [President] Trump's Executive Order that asserts a university is in violation of Title VI for discrimination against Jews,” his lawyer told Fox News on Tuesday.

In the complaint, Jonathan Karten, a senior at Columbia University, alleges he was subjected to anti-Semitism on campus. It was filed last Tuesday, about one week after President Trump signed an executive order targeting anti-Semitism on college campuses.

The order broadens the federal government’s definition of anti-Semitism to include the International Holocaust Remembrance Alliance’s definition, which can include criticism of Israel, and instructed it to be used in enforcing laws against discrimination on college campuses under Title VI.

Under the order, the Department of Education could withhold funding from schools that it finds in violation of Title VI.

“We drafted and filed a complaint with the Office of Civil Rights (OCR), which is, to my knowledge, the first action of its kind since Trump’s executive order,” attorney Brooke Goldstein, who is representing Karten, told Fox News.

Goldstein, who is also the executive director of The Lawfare Project -- a Jewish civil rights advocacy group that provides legal assistance to members of the Jewish community who have been targeted because of their faith -- said she hopes an investigation is launched into the university.

She said Karten, 23, “has been ridiculed and embarrassed because of his religion and his national identity” on campus by members of the group Students for Justice in Palestine (SJP) -- and even professors. Goldstein said Karten was called “a Zionist pig” and other names by members of SJP.

National Students for Justice in Palestine and Columbia University’s SJP chapter did not immediately respond to Fox News’ request for comment.

The redacted complaint obtained by Fox News outlined examples of alleged anti-Semitism, including by a professor at the university.

The complaint said that in April of this year, Karten was involved in an event for the Columbia chapter of Students Supporting Israel and while he was talking with other students at the event, “a Columbia professor of Arabic literature ... approached the table, interrupted the conversation, pointed at Jonathan and yelled, ‘Don't believe a word he is saying. He is Mossad.’” Mossad is the national intelligence agency of Israel.

“Jonathan felt ridiculed and embarrassed due to someone in authority publicly targeting him, accusing him of being a spy for a foreign government because of his religion and national identity,” the complaint said.

Goldstein said “the final straw” for Karten was an alleged incident that took place on Nov. 8 involving Columbia University modern Arab politics and intellectual history professor, who was identified in the complaint as Joseph Massad.

The complaint said that while Massad gave a speech at the annual conference of the Jerusalem Fund and Palestine Center, he stated, in part: "The Oslo Accords inaugurated this process of liquidating the Palestinian national struggle while the 'Deal of the Century' [Trump's Mideast peace plan] plans and hopes to conclude it ... The only thing standing in its way is the ongoing Palestinian resistance to Israeli settler colonialism and racism that continues inside Israel and Jerusalem, the West Bank and Gaza; the ongoing Marches of Return in Gaza; and the armed resistance of the Izz al-Din al-Qassam Brigades to Israeli invasions in Gaza."

"The Izz al-Din al-Qassam Brigades is the military wing of Hamas, which is a U.S.-designated foreign terrorist organization [FTO]," the complaint said, adding: "Izz al-Din al-Qassam has killed more than 650 civilians. It is also directly responsible for the kidnapping and brutal murder of Jonathan's uncle, Sharone Edri."

"However, according to Professor Massad, this group's killing of innocent Israeli citizens, like Jonathan's uncle and countless others, is justified due to Israel's 'settler colonialism,'" the complaint said. "He also implied that these acts of terror help prevent 'the liquidation of the Palestinian national struggle.'"

In a statement sent Fox News, Karten called the alleged comments made by Massad a "wake-up call."

"I am not proud to say that over the past several years studying at Columbia, I have learned to become far too comfortable with [the] anti-Israel sentiment, anti-Israel bias that often bleeds into anti-Semitism, a bias that has become all too normalized," Karten said.

“However, last month when I read that Professor Joseph Massad endorsed the Izz el-Din al-Qassam terrorist brigade with impunity, the very same brigade that kidnapped and murdered my dear uncle Sharone Edri Z”L [of blessed memory], as well as countless other citizens, I understood that I could not remain silent anymore while my campus became a breeding ground for lies and escalating discrimination," he said.

Massad did not immediately respond to Fox News’ request for comment.

Goldstein told Fox News that “Jewish students have submitted multiple complaints to the administration, which details the treatment [on campus], and there has been no response.”

“First there was no response and then they were given the runaround, told to go from one administrator to another,” Goldstein said, adding that the executive vice president of the Office of University Life then allegedly told students “that nothing can be done, and the university has continually refused to take action against SJP even though they isolate and target Jewish and Israeli students.”

She said Karten filed a complaint with Columbia University’s Department of Public Safety last year “after he and his friends were repeatedly called murderers at a BDS [Boycott, Divestment and Sanctions] referendum at the school.”

“To our knowledge, nothing was done with the complaint, it was just ignored, which is completely outrageous and unacceptable,” Goldstein added.

Columbia University did not immediately respond to Fox News’ request for comment.