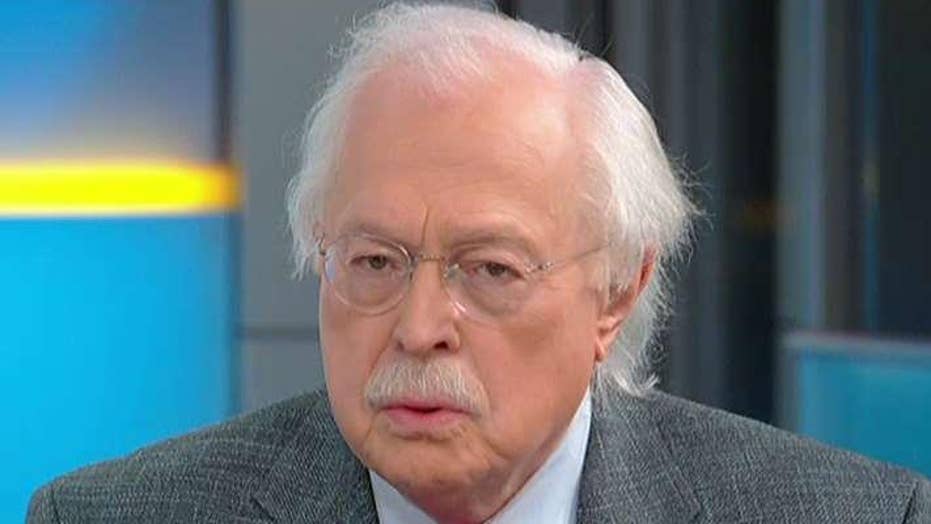 Jeffrey Epstein’s brother Mark says “unexplained” injuries were found on his body during the autopsy and is calling on the Department of Justice to release all forensic medical examiner files – including microscopic slides and autopsy photos – so that he can independently verify how the death occurred.

But Mark, 65, contends there are too many suspicious circumstances and questions to rule out homicide. He is now wondering why investigators have yet to share evidence with him indicating how they ruled out the possibility of murder.

In addition to three bone fractures in Jeffrey’s neck, according to autopsy files provided to Fox News, Epstein had two contusions on both of his wrists, an abrasion on his left forearm, and deep muscle hemorrhaging of his left deltoid or shoulder.

In addition to three bone fractures in Jeffrey’s neck, according to autopsy files provided to Fox News, Epstein had two contusions on both of his wrists, an abrasion on his left forearm, and deep muscle hemorrhaging of his left deltoid or shoulder. (Fox News)

The autopsy described the injuries as “faint, red contusions” located on the back of Epstein’s right and left wrists.

The convicted sexual offender’s brother is also waiting for further information on how Epstein’s neck bone fractures could have occurred in “a soft hanging.”

Famed forensic pathologist Dr. Michael Baden – a Fox News contributor who was hired by Mark to observe Jeffrey’s autopsy, who also has questions about the neck bone fractures – says that, while he observed the wrist and shoulder injuries on Epstein’s body during the autopsy, it’s premature to determine if those were the result of a homicide.

“Did the injuries happen a week before or at the time of the incident? We have to look at the microscopic slides to see when the injuries occurred,” Dr. Baden said. “The brother requested this information three months ago and he still has not gotten it.”

Mark claims he first tried to get his brother’s complete file from the New York City Medical Examiner’s office on Aug. 16, but was told it had to go through the Department of Justice.

“They’re playing games,” Mark told Fox News. “I’ve done the appropriate requests with Justice twice, and have heard nothing. I was told someone is looking into it."

When reached for comment about why the ME’s office had not released Jeffrey Epstein’s complete file to his next of kin, Aja Worthy-Davis, executive director of public affairs at the Office of Chief Medical Examiner said: “We received a request in the last 72 hours and are reviewing at this time.”

Both Mark and Dr. Baden said they would like to examine all of the files to find out why Jeffrey Epstein’s cause of death was changed from "pending further study" on the day of his autopsy to "suicide by hanging" five days later.

“Ordinarily it takes weeks or months to determine a cause if it needs further investigation,” Dr. Baden said. “They felt like they had enough information to complete their investigation in five days. What was that additional information?”

Baden suggests that the “unexplained” injuries on Epstein’s body could have been the result of a July 23 incident, in which Epstein was reportedly found in a fetal position with marks around his neck at the Manhattan Correctional Center. Authorities have yet to explain whether Epstein had attempted suicide or was attacked by his cellmate, Nicholas Tartaglione, a former upstate New York police officer facing quadruple murder charges.

Tartaglione’s attorney maintains that he’s innocent of any wrongdoing and that an internal investigation by the MCC concluded Tartaglione did not attack Epstein.

A diagram from Jeffrey Epstein's autopsy that shows the approximate location of a fracture on his hyoid bone. (New York City Medical Examiner)

However, one former member from Epstein’s camp believes the disgraced financier was involved in an altercation with Tartaglione, and did not try to kill himself that day. Atlanta-based criminal defense attorney David Schoen, who says he met with Epstein for five hours on Aug. 1, told Fox News he had agreed to quarterback Epstein’s defense team.

“After meeting with him, I came to the firm conclusion that it was not a suicide attempt,” Schoen said of the July 23 incident. “He was afraid he would face consequences if he implicated anyone while he was there, so he kept his mouth shut and told investigators he couldn’t remember what happened. He was told they closed the case.”

Schoen said he does not believe Epstein’s “unexplained” injuries came from that altercation.

Epstein was briefly put on suicide watch and then taken off from it in the days leading up to his death.

Mark Epstein refused to speculate about what happened to his brother on July 23, or who might have wished him harm. He is adamant he has no financial motivations for pursuing information about his brother’s death.

“I have no standing to sue … people should know the truth about what can happen in a federal facility,” Mark said. “My brother might have been murdered. This is not about me.”