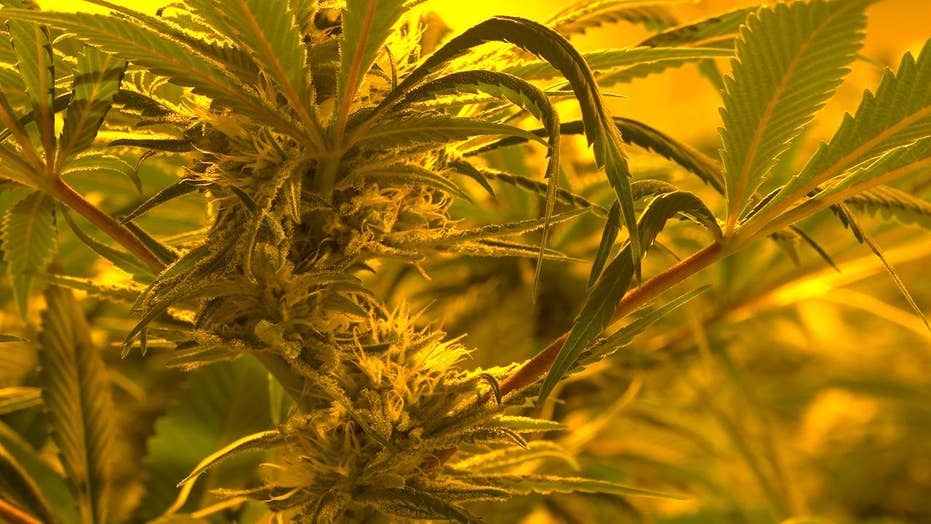 LAS VEGAS -- Big tobacco continues to see a slump in sales as regular cigarettes have fallen out of favor. So tobacco giants are now looking at another industry to fire up revenue: marijuana.

Tobacco companies are eagerly watching the increasing popularity of legal marijuana as a growing number of states continue to decriminalize its usage.

“The tobacco companies are probably better positioned than any other business to get into the cannabis business because they know how to make the product, they know how to design it to maximize the addictive potential and they know how to sell it -- they have a huge marketing network that they can plug into worldwide using this,” Dr. Stanton Glantz, professor of medicine and director of the Center for Tobacco Control Research and Education at the University of California San Francisco, told Fox News.

He said it's perfectly natural for big tobacco to want to cash in on pot sales.

“The current trajectory that we're on is we're watching the birth of the new tobacco industry in cannabis,” he added.

Dr. Brian King, deputy director for research translation in the Center for Disease Control and Prevention’s office on smoking and health said “cigarette smoking rates have been steadily declining in the United States for the past five decades.” Better health awareness of the risks of smoking, tough local anti-smoking rules, steep tobacco taxes and e-cigarettes have made smoking regular cigarettes increasingly less popular.

Big tobacco had been eyeing pot as far back as the 1960s and 1970s, according to a 2014 report co-authored by Dr. Glantz, which found secret industry documents discussing the future of marijuana during that era.

TOBACCO GIANT STRIDES INTO VAPE MARKET WITH $13B JUUL STAKE

Fast-forward to today, and Altria, the world’s largest cigarette manufacturer, has agreed to invest $1.8 billion with Canadian cannabis company, Cronos, for a 45 percent stake in the company and the option for full ownership.

“Through Cronos Group, Altria is better positioned should cannabis become federally permitted,” Altria spokesman George Parman said in a statement to Fox News. “Cronos is an excellent partner for Altria to pursue this new growth opportunity in the global cannabis sector, which this investment will position us to participate in and which we believe is poised for rapid growth over the next decade.”

The deal, which was announced in December and is expected to close in the first half of this year, is tobacco’s first major venture into marijuana and could be a sign of broader consolidation of the industry further down the road.

Other large tobacco companies, such as Britain’s Imperial Brand and Philip Morris International, have also made investments – albeit much smaller -- in cannabis overseas.

The marijuana industry has been plagued by a preconceived notion that associates marijuana with stoners, potheads and junkies instead of a legitimate business – something that Teddy Sullivan, USA vice president of business development for 1933 Industries, a Canadian-based cannabis company, said is not the case.

“These guys go home every day, they go home to their families. We’re just like everybody else. Everyone wants to be someone … we want to be successful, we want to be someone one day and this just happens to be a proponent of their life,” Sullivan said. “It’s just good people who are in it.”

Sullivan sees the emergence of big tobacco into the cannabis sector as a chance to help legitimize the industry and break away from the stereotype.

“I think big tobacco will help our cause working toward legitimacy because it starts to show marijuana is now being taken seriously,” he added. “At first, we look at big tobacco as a competitor and now big tobacco is looking for a friendship … We look at it as a positive impact because now other industries that are just as legitimized as big tobacco are coming into our space and they’re looking for partnership.”

Although big tobacco brings resources and the ability to scale at a much quicker pace, it also comes with a controversial past of misleading the public about the dangers of smoking.

Ben Kovler, CEO and founder of Chicago-based cannabis company Green Thumb Industries, said while there is certainly “baggage associated with it,” cannabis has the “opportunity to do this right.”

Thirty-three states have legalized marijuana in some form, including 10 which have legalized recreational use. However, cannabis remains illegal at the federal level.

Dr. Glantz, who thinks marjuana should be legal, warns of a potential health crisis if it's legalized without any oversight and said cannabis should "be like tobacco where its use is tolerated socially, but discouraged."

In October, Canada became the first major economic country to legalize recreational marijuana, which will undoubtedly be a bellwether for the U.S. as it continues to debate policy issues surrounding pot.

And although cigarette smoking might be on the decline, Dr. King notes the tobacco industry has heavily diversified its portfolio of products and “still remains one of the most profitable industries globally.”

So while it might be awhile before convenient stores are selling packs of joints, similar to a pack of cigarettes – it's clear tobacco is positioning itself for an impending shift towards cannabis.

“Kids started with tobacco and then graduated to marijuana," Glantz said. "Now it's the other way around. Kids start with marijuana and they graduate to tobacco."