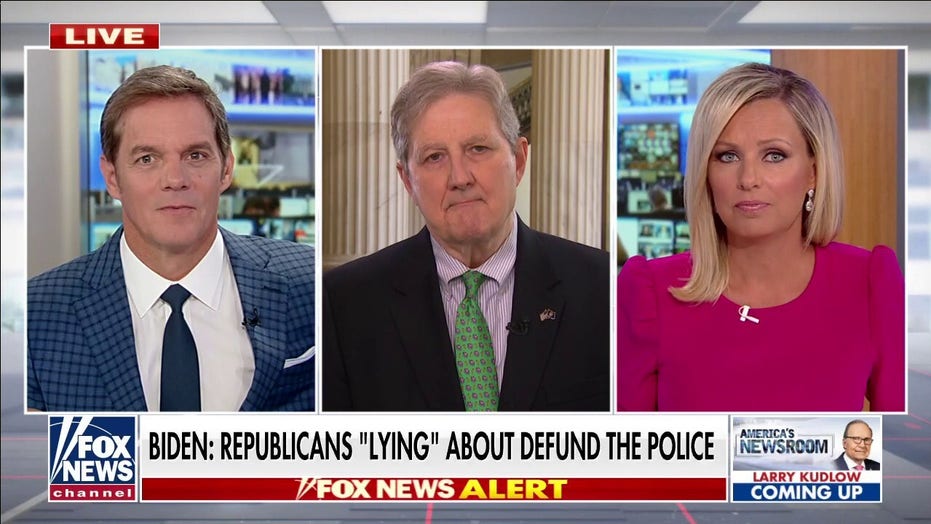 Sen. Kennedy blasts Biden for 'not telling the truth' about wanting to defund police

Indianapolis police, like many others departments across the U.S., is down officers in the wake of the "defund police" movement and is now expanding recruitment efforts outside Indiana, as reinforcements from state police and the sheriff’s office aren’t enough to meet patrol needs.

The Indianapolis Metropolitan Police Department has experienced 93 separations so far this calendar year, including retirements, officer resignations and recruits who resigned, WISH-TV reported. The force currently has 1,642 sworn officers, short of the 1,700 level the department aims to maintain.

"I’ll say anytime we lose someone when it comes to manpower, it can be, I won’t say disturbing, but concerning," IMPD officer William Young told the station, reflecting on how the force has dwindled since demonstrations swept across the country following the death of George Floyd in Minneapolis.

The department sometimes partners with the Indiana State Police and the Marion County Sheriff’s Office to meet patrol needs in understaffed districts.

"We would never let a district go short to staff another district," Young said.

Indianapolis Police received an additional $7 million in its budget this year, and some of that funding will be dedicated to recruiting a more diverse class of new officers. Efforts will include outreach with historically Black colleges, as well as hosting workshops to encouraging women to join the force.

The Indianapolis Metropolitan Police Department is currently roughly 12% women, though the force seeks to increase that figure to 30% by 2030.

Law enforcement agencies across the country experienced a wave of retirements and departures and are struggling to recruit the next generation of police officers in the year since viral bystander video of former Minneapolis policer officer Derek Chauvin holding a knee to the back and neck of a handcuffed Floyd sparked widespread demonstrations and calls to defund or abolish the police.

The Associated Press reported last month that the rate of retirements at some departments rose 45% compared with the previous year, citing new research on nearly 200 law enforcement agencies conducted by the Washington-based Police Executive Research Forum. Hiring slowed by 5%.