An Illinois man who allegedly threatened the lives of President Biden and other Democratic leaders before this week’s inauguration was ordered held without bond during a recent court hearing.

U.S. Magistrate Judge Gabriel Fuentes on Thursday rejected a defense argument that there was no evidence Louis Capriotti had any real plan to act on the threat. Capriotti, 45, of Chicago Heights, faces a federal charge of transmitting a threat in interstate commerce.

In rejecting bail for Capriotti, Fuentes said it was concerning Capriotti continued to make threats of violence to members of Congress even after the FBI told him a year ago to stop making threats.

"Threats hurt people," Fuentes said at the end of a nearly 90-minute hearing. "They terrorize people. They make people afraid. There’s an argument to be made that’s what they’re intended to do in the first place."

During the hearing, prosecutors played an excerpt of the Dec. 29 call at the heart of the criminal complaint, left on the voicemail of an unidentified New Jersey congressman. The message was peppered with obscenities.

ILLINOIS MAN WHO SAID HE WOULD 'KILL' ANY DEMOCRAT HAS HISTORY OF THREATENING, PROFANE MESSAGES: FEDS

"If they think that Joe Biden is going to put his hand on the Bible and walk into that (expletive) White House on January 20th, they’re sadly (expletive) mistaken," a man alleged to be Capriotti can be heard saying.

In the voicemail, he threatened to "kill any motherf------ Democrat that steps on the motherf------ lawn" on Inauguration Day, according to the criminal complaint pertaining to his charges.

A similar threat was made concerning Vice President Kamala Harris.

The arrest of Capriotti came less than a week after a mob stormed the U.S. Capitol to try and stop Congress from ratifying the electoral vote for Biden, leading to the deaths of a police officer and four others.

Capriotti’s lawyer, Jack Corfman, argued home detention would be sufficient to ensure the safety of the community, especially since Biden's and Harris' inaugurations passed and "went smoothly."

But Assistant U.S. Attorney William Dunn disagreed, saying Capriotti has a long history of ignoring court orders and only needs a phone to continue his campaign of harassment.

Charging documents show the Dec. 29 voicemail was far from his first time leaving messages for members of Congress.

For months -- starting as early as from October 2019 until the end of 2020 -- Capriotti "called the Congressional Offices of multiple Members of Congress in Washington, D.C. and left disturbing, anonymous messages on the voicemail systems," court papers show. 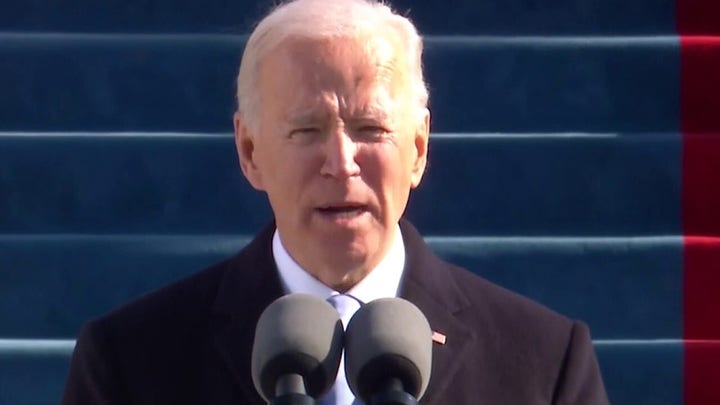 MAN CHARGED WITH MAKING THREATS TO CONGRESSMAN, ALLEGEDLY SAYING HE WILL "KILL ANY [EXPLETIVE] DEMOCRAT"

He would allegedly describe members of Congress using explicit language and pejorative terms and phrases about their race, political affiliation, appearance and religion "in almost every instance."

Capriotti allegedly never identified himself in the voicemail, but described himself as a "nine-year Marine." Phone records later led law enforcement to Capriotti.

When an FBI agent interviewed him in February 2020, he confirmed he had been leaving messages for members of Congress "for several months" and had used a different phone prior to that to do the same, the criminal complaint states.

The FBI had met with Capriotti years earlier, in 2017, in connection with "similar calls" he was making to congressional offices at the time, officials said.

After the agent played several voicemails dating back to 2017, Capriotti "repeatedly confirmed that the voice on the recordings was his and, also verified, that he had never served in the military," court papers state.

Capriotti "also acknowledged that the voicemail messages he left in 2020 and years beforehand could be interpreted as hateful and threatening," court papers show.