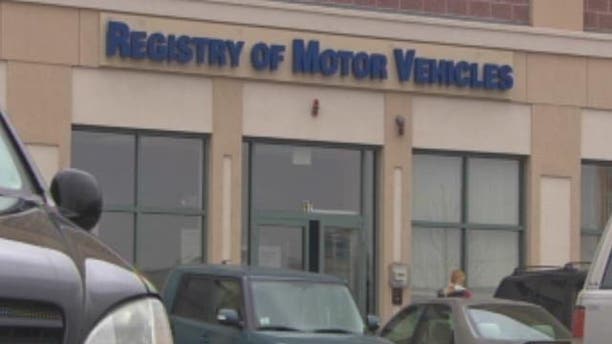 Four Massachusetts RMV workers are accused in a scheme to get fake IDs for illegal immigrants. (Fox 25)

Four employees with the Massachusetts Registry of Motor Vehicles (RMV) have been accused of producing fake IDs for illegal immigrants in exchange for cash.

In October 2015, state police received an anonymous letter alleging that a corrupt RMV clerk was selling stolen identifications and drivers’ licenses, according to the Justice Department.

After investigating, authorities found that a number of RMV clerks, along with outsiders, operated an identity theft scheme and arrested six people on Wednesday.

MS-13 DOESN'T FEAT TRUMP, RIVAL GANGS OR THE POLICE - BUT THEY ARE TERRIFIED OF LA SOMBRA NEGRA

The clerks accused in the case include Evelyn Medina, 56, Annette Gracia, 37, David Brimage, 46, all of Boston, and Kimberly Jordan, 33, of Randolph.

The two non-RMV employees include the alleged document vendor, Bivian Yohanny Brea, 41, of Boston and dealer Rafael R. Bonano, 32, who is also known as "Flako."

The scheme would work like this, according to investigators: Flako, working as a document dealer, would sell a Puerto Rican birth certificate and U.S. Social Security card to Brea, the document vendor, for around $900. Brea would then allegedly sell the stolen identities for more than $2,000 to people looking for valid IDs in the state of Massachusetts.

Brea would then use fake documents and identities to register people to vote in Boston, according to officials. Brea and the client would take the stolen identities to the Haymarket RMV, where the four clerks would allegedly accept cash to issue authentic RMV documents, including state licenses and ID cards.

The DOJ alleges the clerks also “accepted cash to use the RMV’s system to run queries, including Social Security number audits, to confirm that the identities the clients were stealing actually belonged to verifiable individuals.”

The clients who paid for the fake documents included illegal immigrants, previously deported people, and an individual who admitted to previously facing drug charges, according to the DOJ.

Fake identification creation within the Massachusetts RMV has repeatedly been a problem, Fox 25 has reported. In 2013, an employee allegedly created at least 200 fake IDs to people who traded a Puerto Rican identification in exchange for cash.