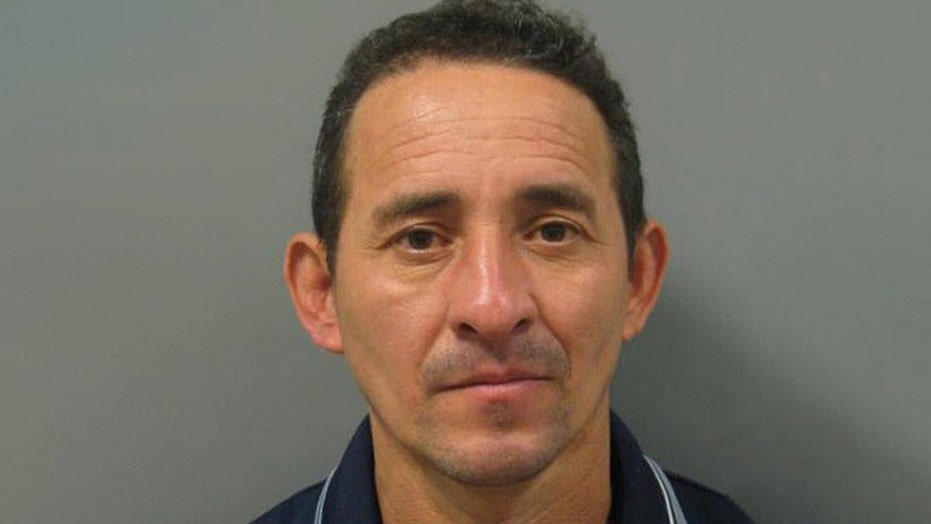 An illegal immigrant in Maryland is alleged to have crawled into the bed of a teenage girl while she was taking a nap and placed a knife against her throat before proceeding to rape her, according to authorities.

Federal officials have requested to keep the man in custody.

The Montgomery County Police Department said Nelson Saul Reyes-Medrano, 46, is charged with first-degree rape, sex abuse of a minor, and first-degree assault in connection with the late August 2018 attack.

A U.S. Immigration and Customs Enforcement spokesman told Fox News that Reyes-Medrano was living in the U.S. illegally and the federal law enforcement agency has lodged a detainer against him.

Local police said the victim, who was 16 at the time, was taking a nap at the apartment where Reyes-Medrano also lived when she felt someone else get on the bed. She opened her eyes and saw the 46-year-old had positioned himself on top of her.

"Take your clothes off," Reyes-Medrano allegedly told the victim twice according to court documents obtained by WJLA, before placing the dull side of a knife against the victim's neck.

After the victim slowly started to undress, he allegedly grew impatient and proceeded to rape her.

The victim told detectives she was in pain during the entire assault, which only ended after a noise was heard outside the apartment and Reyes-Medrano got off the bed, put his clothes back on and left the apartment with the knife he allegedly used to threaten the teenager.

A rape suspect has been freed in Maryland despite a request from ICE that he remain in custody.

ICE detainers serve as a legally authorized request, upon which a law enforcement agency may rely, to continue to maintain custody of an illegal immigrant for up to 48 hours so that ICE may assume custody for removal purposes, according to the federal agency.

"Pursuant to ICE policy, all ICE detainers are submitted with an accompanying administrative arrest warrant or warrant of removal depending upon the circumstances of the individual case," an ICE spokesman told Fox News.

The latest arrest comes after another illegal immigrant accused of rape was released from the Montgomery County Detention Center just three days after being arrested. At the time, county officials said they notified ICE that the suspect was being processed for release that day, even after the federal agency filed a detainer.

Montgomery County, Md., designated itself for “sanctuary” status in July, according to FOX5.

The order signed by County Executive Mark Elrich says no county agency – including police departments – can cooperate with ICE. Immigration agents are now barred from entering secure portions of county jails, and now have to take custody of illegal immigrants in public areas, such as jail parking lots.