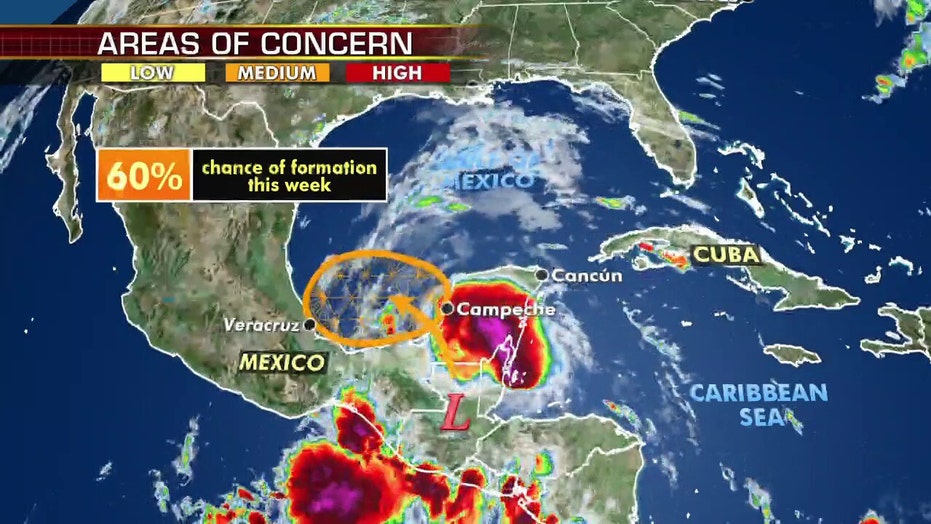 The official start of the 2020 Atlantic hurricane season arrived on Monday with forecasters already looking at what could be the third possible named storm of the season in the western Gulf of Mexico.

The National Hurricane Center (NHC) said Monday that an area of disturbed weather over Mexico's Yucatan Peninsula has a high chance of becoming a tropical depression during the next couple of days when it moves over the Bay of Campeche.

"Today is June 1st and hurricane season is off to a busy start!" the NHC said.

The NHC said as of Monday morning there's now an 80 percent chance the area of disturbed weather associated with the remnants of Pacific Tropical Storm Amanda develops into a new system over the next 48 hours.

Amanda brought heavy rainfall across Guatemala, Central America, and Southern Mexico as it made landfall over the weekend.

Vehicles stand damaged by the Acelhuate River after a flash flood at a neighborhood in San Salvador, El Salvador, Sunday, May 31, 2020. (AP Photo/Salvador Melendez)

This remnant disturbance will eventually move over the Bay of Campeche and is likely to organize into a new tropical depression by midweek.

"Regardless of tropical cyclone formation, heavy rainfall is likely to continue over portions of southern Mexico, Guatemala, El Salvador, Belize, and western Honduras during the next few days," the NHC said in a tropical weather outlook.

A man seeks to salvage some of his belongings from what used to be his home, destroyed by the waters of the Acelhuate River, in the New Israel Community of San Salvador, El Salvador, Sunday, May 31, 2020. (AP Photo/Salvador Melendez)

The next named storm that develops this season will be named Cristobal.

An area of disturbed weather of Mexico's Yucatan Peninsula is likely to develop into a tropical depression in the next two days. (Fox News) 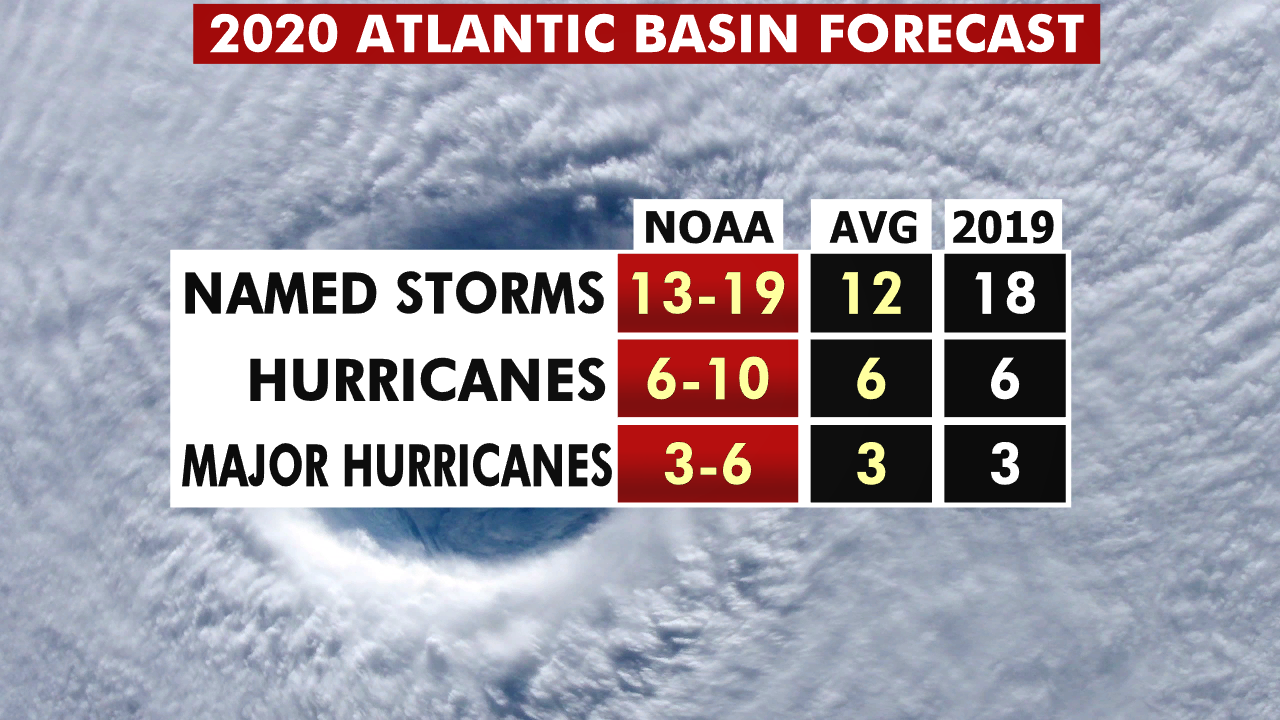 "This does not guarantee these storms make landfall, these are just storms that are going to be happening in the Atlantic," Fox News meteorologist Adam Klotz said Sunday on "America's News HQ."

According to Klotz, if there is another tropical storm or hurricane that forms in the next month, it will typically form in the area of the Gulf of Mexico through the Caribbean.

The area where tropical activity is likely in the month of June. (Fox News)

So far in 2020, the tropical activity has been in the Atlantic closer off the Southeast coast, even though past trends the development typically happens along the Gulf.

"That's because the air, the water, is just a whole lot warmer," he said Sunday.