A woman and a young girl were found dead after a flash flood from the remnants of Hurricane Pamela swept their vehicles away in Texas' Bexar County.

The occupants of the two vehicles were swept into St. Hedwig's Martinez Creek on the outskirts of San Antonio at approximately 6:30 a.m. CDT.

Bexar County Sheriff Javier Salazar said that they were members of the same extended family.

One of the vehicles was driven by a man with two boys and a 5-year-old girl as passengers. A 52-year-old woman was driving two boys and all were reportedly on their way to Tradition Elementary School at the time.

The man and the four boys were rescued. Officials worked Friday to recover the woman's body and a diver confirmed that while the woman's body was in the vehicle, it had moved and was now more than 10 feet underwater.

"There’s nothing more heartbreaking than to see the body of a 5-year-old pulled out of a car," Salazar told The Associated Press. "She was still wearing her backpack ... it just doesn’t get any worse than that."

According to AccuWeather, the woman and the girl were the first fatalities confirmed from the storm, as of Thursday night, and the forecasters said that multiple water rescues had to be conducted.

Hurricane Pamela made landfall Wednesday on Mexico's Pacific coast Wednesday about 40 miles north of the resort and port city of Mazatlan before it moved inland into central Texas and southeastern Oklahoma. 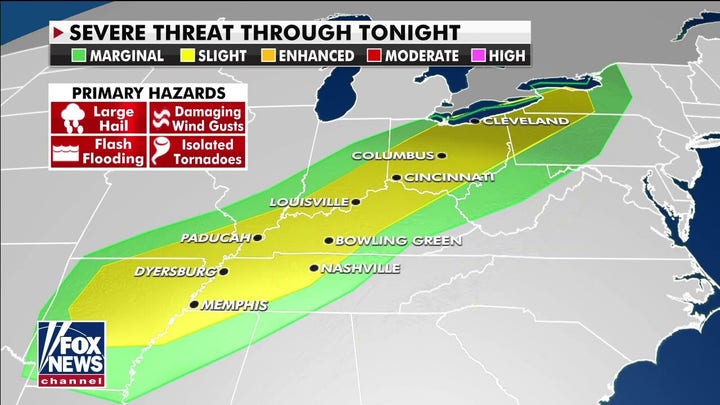 AccuWeather said that San Antonio reported around 3.5 inches of rain and more than double fell in Gonzales, Texas.

Tropical Storm Pamela formed on Sunday before gradually strengthening into a hurricane.

Texas is forecast to see drier conditions for the weekend.