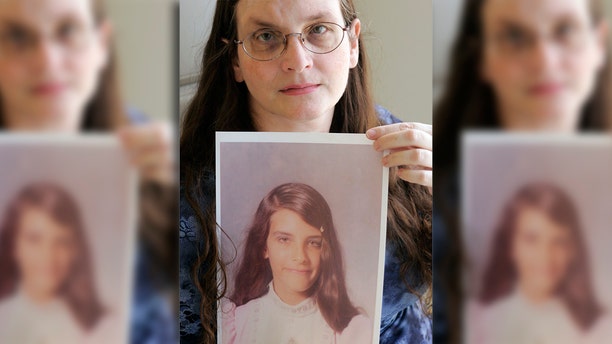 Hundreds of leaders and volunteers within Southern Baptist churches nationwide have been accused of sexual misconduct. Debbie Vasquez is pictured holding a photo of herself at age 14, when she said her pastor first molested her. (AP Photo/Donna McWilliam)

Hundreds of leaders and volunteers within Southern Baptist churches across the nation have been accused of sexual misconduct against young churchgoers for decades - many of them quietly returning to church roles even after being convicted for sex crimes.

A bombshell investigation by the Houston Chronicle and the San Antonio Express-News found that over the last 20 years, about 380 Southern Baptist church leaders and volunteers have faced credible accusations of sexual misconduct. Of those, roughly 220 were convicted of sex crimes or received plea deals, in cases involving more than 700 victims in all, the report found. Many accusers were young men and women, who allegedly experienced everything from exposure to pornography to rape and impregnation at the hands of church members.

The newspapers reported that the Southern Baptist Convention (SBC) largely treated the accusations as isolated issues, and took on an "out of sight, out of mind" mentality, even amid growing pressures to create a registry so the accusations wouldn't disappear as alleged perpetrators moved from city to city. The Chronicle and Express-News created a database of convicted sexual abusers with documented connections to the SBC.

The investigation took over six months and involved the cross-examination of hundreds of allegations corroborated by court documents and prison records. The results were startling and reiterated how allegations of sexual misconduct aren't limited to just the Catholic church.

Many accusers said their experiences of sexual assault at the hands of church officials they trusted changed their lives forever. Debbie Vasquez said she was 14 years old when her pastor at a rural Southern Baptist church in Texas first molested her. She said the married pastor continued to assault her for years, including impregnating her when she was 18.

Years later, in 2006, she sued the pastor, Dale "Dickie" Amyx, and the church. Amyx reportedly admitted in a deposition he had sex with her when she was a teenager and was the father of her child, but claimed their sex was consensual. He was not charged with a crime. As of 2016, he is still listed as the pastor of that church.

Attempts to reach the Texas church for comment were unsuccessful.

In 2008, Vasquez went to Indianapolis to share her story and plead with officials at the Southern Baptist Convention to implement changes at their estimated 47,000 churches to help prevent future sexual assaults. Days later, they reportedly rejected almost every proposed reform, and the alleged abuse continued.

Some accusers have said they felt the reputation of the SBC was prioritized ahead of their own rights to justice.

"Local church autonomy" is a term frequently used whenever reforms have been proposed, according to the report. The Southern Baptist Convention's governing bodies reportedly have viewed each place of worship as its own entity ideally capable of self-governing.

The argument in favor of autonomy, however, is used as a crutch to avoid wide-scale policing of criminal activity, according to Rev. Thomas Doyle, a former high-ranking lawyer for the Catholic church who called out sexual misconduct there in the 1980s. Around 2007, he wrote to SBC leaders asserting that he saw a similar pattern emerging within their congregations.

"I understand the fear, because it's going to make the leadership look bad," Doyle said about pursuing allegations. "Well, they are bad, and they should look bad. Because they have ignored this issue. They have demonized the victims," he continued.

The current president of the Southern Baptist Convention, J.D. Greear, had strong words about the pervasive allegations, which stretch back decades.

"The Bible calls for pastors to be people of integrity, known for their self-control and kindness," he told the Chronicle. "A convicted sex offender would certainly not meet those qualifications. Churches that ignore that are out of line with both Scripture and Baptist principles of cooperation."

"Change has to begin at the ground level with churches and organizations," he continued. "Our churches must start standing together with a commitment to take this issue much more seriously than ever before."