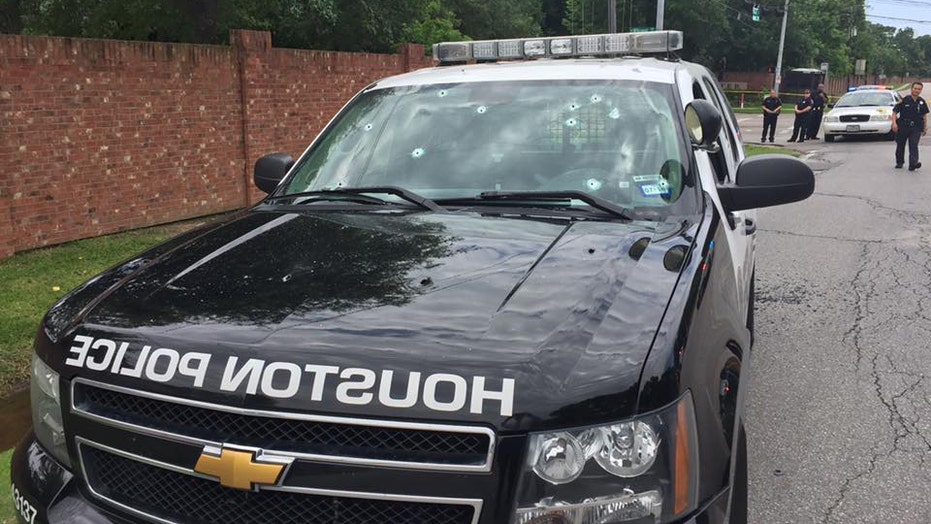 DALLAS — A top Houston police commander will take over leadership of the city's police department following the current chief's abrupt announcement that he will be leaving for a job in Florida.

Finner is set to take over the more than 3,500-officer force on April 5, according to a statement from the city.

A Houston native and one of Acevedo’s top two assistants, Finner thanked the mayor for picking leadership from within the department and sounded a note of appreciation for his outgoing boss. But he also pleaded for unity during a news conference Thursday and compared the Texas city, which like others in the United States has seen rising violent crime over the past year, to a leaky boat struggling to find shore.

"If somebody starts getting off course and throwing stones and what not, do you think you're going to get to safe ground?" Finner said. "That's where we are right now."

Finner began with the Houston police department in 1990. He said his priority as chief will be to reduce the number of homicides and other violent crimes, as well as building trust with the community.

His promotion was applauded by the top local prosecutor, Harris County District Attorney Kim Ogg, who said the incoming chief "can bring a sense of unity and public safety to the community." Finner will take over the police department as it is still dealing with fallout from a deadly raid on a "no-knock" warrant in 2019 that led to the indictment of a dozen current and former officers tied to a police narcotics unit.

At the time, police accused a couple of selling cocaine from their home. The couple was killed in the raid, and their relatives have sued. Prosecutors have since accused one of the officers who led the raid of lying to obtain the search warrant. The officer was charged with murder. And Acevedo announced a few weeks after the raid that the police department would no longer use no-knock warrants.

Ashton P. Woods, an activist and founder of Black Lives Matter Houston, said he's skeptical Finner will be able to change the department as the mayor has previously resisted the group's calls for reforms.

"I don’t think the environment is conducive for him to do anything substantive," Woods said.