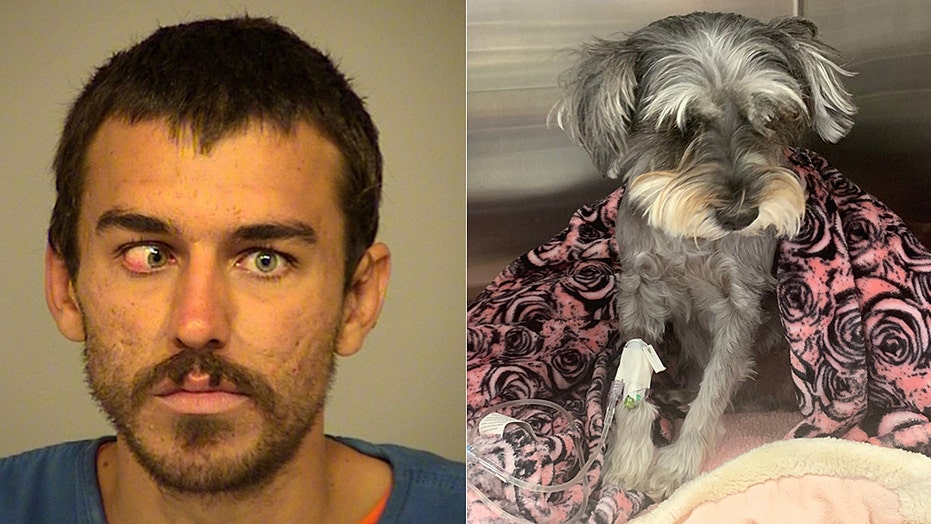 A homeless man who allegedly kicked a small dog so hard the pup was launched 15 feet and suffered a collapsed lung and displaced heart was arrested after the shocking attack at a California beach.

A woman and her small dog, Sophie, were at Hueneme Beach on Friday when Dylan McTaggert, 25, suddenly approached the pair from behind "and, without provocation, kicked the dog approximately 15 feet into the air," the Port Hueneme Police Department wrote on Facebook.

Sophie was found in shock and unconscious. Investigators said the dog "was kicked with so much force, she was diagnosed with having a collapsed lung and displaced heart."

After the brutal booting, officials say McTaggert fled as lifeguards tried to intervene and police officers headed to the beach,

Authorities said McTaggert, who lives on Ormond Beach in one of California's numerous illegal homeless encampments, has been reported "numerous times" for disturbing beachgoers. At the time of the incident, he was on probation for "assaulting officers and shoplifting," officials said.

Police caught up with McTaggert soon after the attack and he was booked on suspicion of fighting in public, assaulting a lifeguard and felony animal cruelty in lieu of $25,000 bail. An arraignment was scheduled for Tuesday. It was not immediately clear what alleged actions prompted the lifeguard assault charge.

Sophie, meanwhile, is currently recovering at home and being taken care of by her owner, police said.

Anyone who witnessed the attack is urged to contact the Port Hueneme Police Department at 805-986-6530.