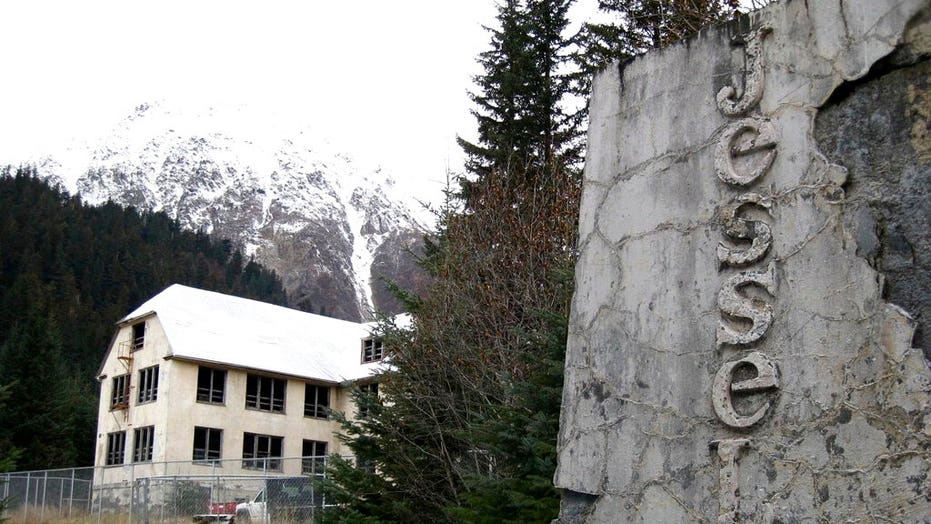 Officials in Seward, Alaska, will decide Monday whether to demolish a neglected historical boarding school where the state flag was first flown nearly a century ago and where its Alaska Native designer lived.

Benny Benson was among the orphans and displaced children who lived at the Jesse Lee Home, a former Methodist boarding school. Many were sent there after the Spanish flu devastated Alaska Native villages. Benson, a 13-year-old Aleut boy sent to the home after his mother died of the flu, won a territory-wide contest in 1927 to design the flag, which became the state flag after statehood was granted in 1959.

This undated photo shows a building that remains at the site of the Jesse Lee Home in Seward, Alaska, where the territorial flag, which later became the Alaska state flag, was first flown.  (Dorene Lorenz via AP)

Benson is believed to be the only Indigenous person to design a state flag, said Dorene Lorenz, a former Seward City Council member.

"I don't understand why you would rush to destroy a landmark when there's obviously interested parties wanting to present to you other options," she said.

The Alaska Association for Historic Preservation plans to make a last-ditch effort to save the structure by making a presentation during a public hearing before Monday's scheduled vote. If successful, they will bring together those with historic preservation expertise to formulate a plan.

"We got a lot of people who are anxious to get working on this," the group's president, Trish Neal, said. "And so, I have no qualms that we can't pull this off. It's just we have to get the city council to back off and let us do this."

City officials said the home has deteriorated more in the last decade, but Neal offered another engineer's report from this spring that concluded "restoration is a viable option," but must be done quickly.

Attempts by individuals and a group over the years to refurbish the home have sputtered and stalled. Seward Mayor Christy Terry said when the Friends of the Jesse Lee Home lost a multimillion-dollar state grant a few years ago, ownership reverted to the city. The Legislature allocated $1 million of that to the city.

"We do not have the capacity right now to have an homage to a building that's so degraded because of the inaction, frankly, of a group that was their very last chance to make that happen, that the state-funded incredibly well," Terry said. "Something like that is never going to happen again."

She said there is no rush to demolish the site, but the council has a June 30, 2021, deadline to use state funding.