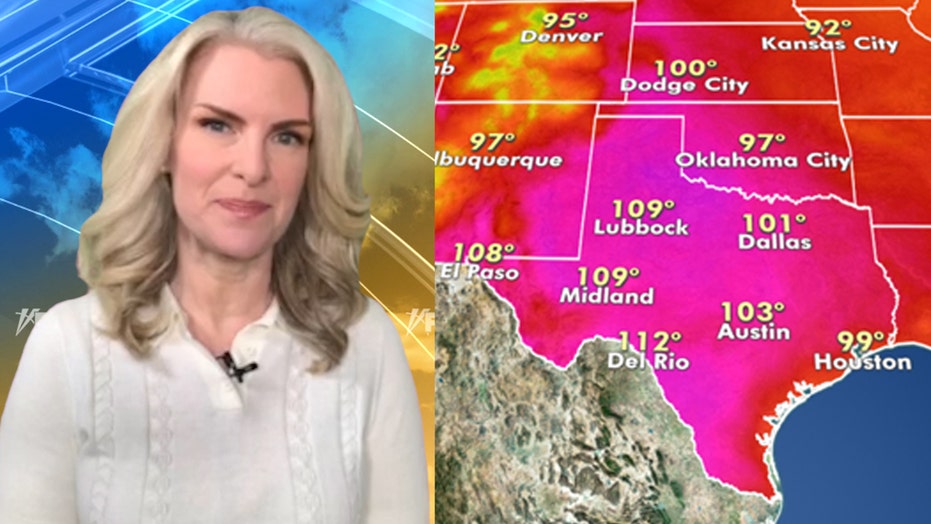 Hot temperatures from over the weekend will linger to start the week as the threat for severe weather develops on Monday across the central part of the country.

Record-breaking heat and dangerous humidity as part of an intense heat wave will persist over a widespread area of the U.S, from Southern California all the way to parts of the Southern Plains and Gulf Coast.

Extreme heat warnings are posted for several states over the next few days.

According to the National Weather Service (NWS), over 19 million Americans are under excessive heat warnings across the Southwest and into parts of Texas and Louisiana

More intense heat can be expected on Monday across the Southwest to the Gulf Coast. (Fox News)

Some 25.5 million Americans are under heat advisories in areas such as the Dallas/Fort Worth metroplex and into Houston.

Many in the Central U.S. and Southern Plains will also deal with humidity and dangerous heat indices, especially through Tuesday.

Along with the heat, critical fire danger exists with dry conditions and gusty winds for parts of the Great Basin.

SUMMER HEAT LOOKS TO STICK AROUND THROUGH SEPTEMBER FOR MOST OF US, WORSENING DROUGHT CONDITIONS OUT WEST

The prolonged heat is adding to the existing drought conditions out West.

Strong to severe thunderstorms will develop Monday along and ahead of a cold front that’s charging across the Northern and Central Plains.

Large hail, damaging winds and tornadoes will be possible along with heavy rain and flash flooding in some isolated pockets.

Storms will develop from Monday afternoon into the evening across the region.

A slow-moving front will also bring the potential for scattered showers and thunderstorms from the mid-Atlantic down into the Carolinas and back through the Gulf Coast.