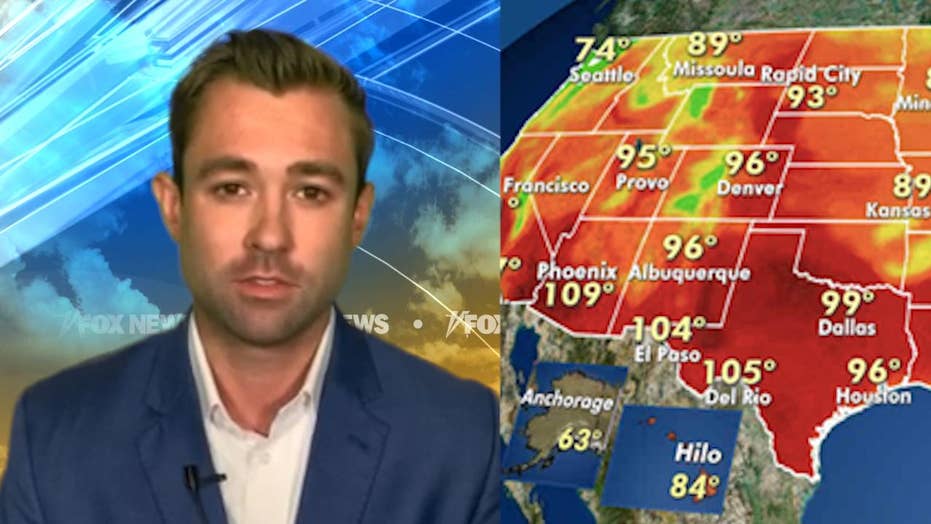 Above-average temperatures are sticking around Tuesday in the Midwest and Northeast, as conditions out West are increasing the threat of wildfires.

Heat warnings, watches and advisories remain in effect as extreme heat continues to blanket much of the U.S.

The Northeast, Mid-Mississippi River Valley and Southwest will see afternoon highs on Tuesday with above-average temperatures through at least midweek.

Expect widespread high temperatures from the upper 80s to 90s and heat indices to climb over 100 degrees.

New York City, Boston, St. Louis, Little Rock and Phoenix are all under various forms of heat advisories or warnings.

This could impact areas where people are still without power after the derecho that roared through the Midwest on Monday.

The heat across the Desert Southwest will also stick around for much of the week.

In the western part of the country, red flag warnings have been issued for high fire danger.

A combination of high temperatures, low humidity, and windy conditions bring an increased risk of fire and can lead to rapid wildfire growth.

Nine states in total, stretching from Colorado northwest to Washington, have some sort of fire weather advisory issued for Tuesday.

Low humidity, gusty winds, hot temperatures, and worsening drought across the West will keep wildfire conditions critical across much of the region through midweek.


Drought conditions out west are increasing the risk of wildfires. (Fox News)

Keeping an eye on the tropics

In the tropics, a broad low-pressure system is expected to become a tropical depression in the next few days.

However, the potential tropical system is still far out in the Atlantic Ocean and is unlikely to stay together long enough to make it to the Caribbean.