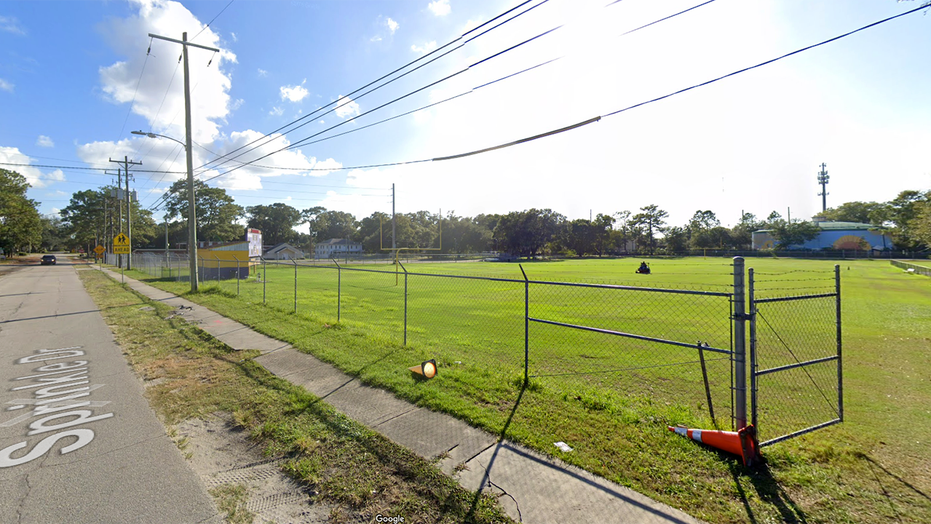 A dozen shots rang out at a youth football game in Florida, killing a man and wounding his 7-year-old son, according to reports.

The shooting happened Sunday evening at a park next to an elementary school in Jacksonville and touched off a chaotic scene that sent kids and adults running for their lives in all directions. The boy's injury was a graze wound.

The shooter opened fire after arriving in an SUV that pulled up to where the victims were seated in the large crowd watching the game, WTLV-TV reported.

The youth football field in Jacksonville where a man and his son were struck by gunfire Sunday evening. The boy was injuried; his father was killed.

The gunman had on a hooded sweatshirt and a mask.

Fox 30 Jacksonville cited witnesses as saying they heard more than a dozen shots.

Sheriff officials said the man who was killed was 27 years old and the intended victim, the station reported.

"As a father and former coach of youth athletes, this senseless act of violence is particularly distressing," Jacksonville Mayor Lenny Curry said in response to the shooting.