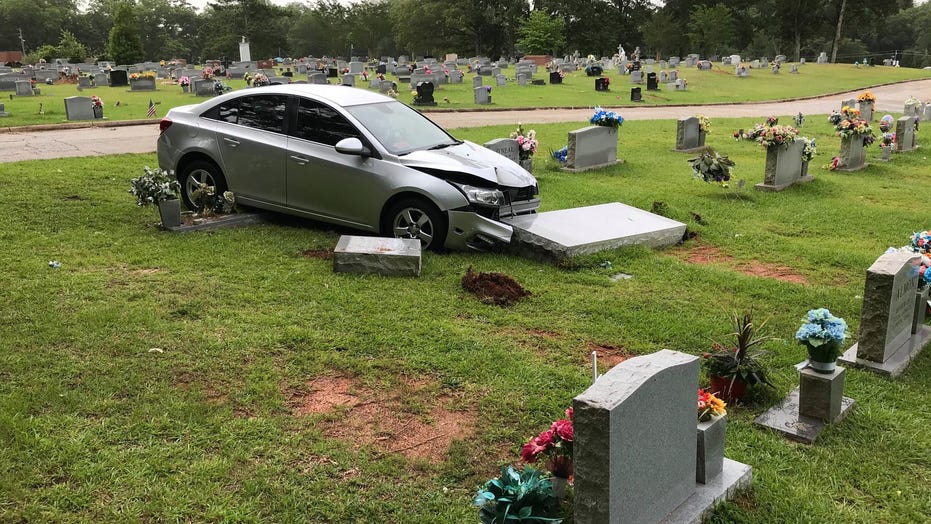 Police in Georgia are searching Tuesday for a suspect they say stole a car and then “maliciously drove it” into a cemetery, knocking over two gravestones.

An image of the aftermath released by the Carrollton Police Department shows that the front of a 2016 Chevy Cruze sustained heavy damage during the incident Saturday.

The department said in a Facebook post that whoever was behind the wheel caused “significant damage to a gravesite.”

Police say the car plowed into the grave site after it was stolen Saturday. (Carrollton Police Department)

Investigators also said the family whose loved one’s gravesite has now been ruined has been notified.