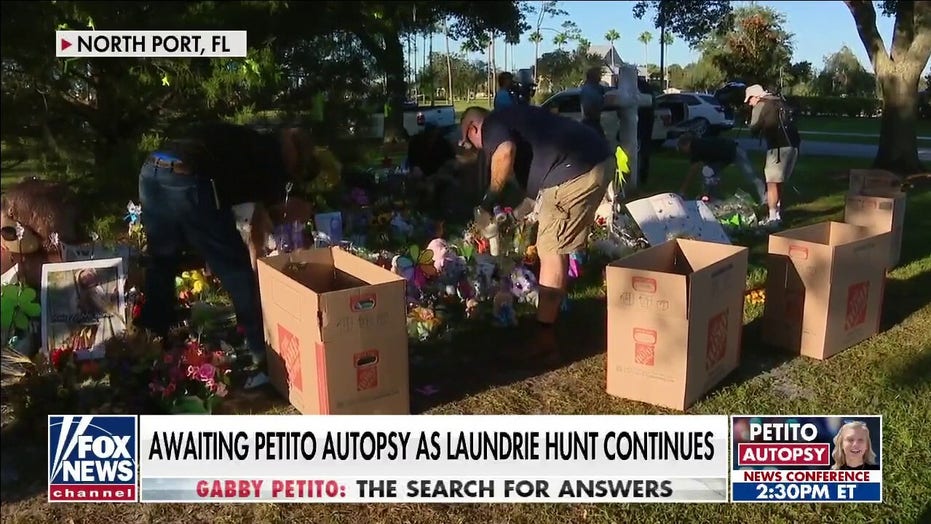 The Teton County Coroner Dr. Brent Blue is expected to address the cause and manner of death of 23-year-old Gabby Petito Tuesday afternoon, more than three weeks after the FBI found her remains at a campsite north of Jackson Hole, Wyoming.

The Democratic doctor won election to the post in 2014 – his second attempt at seeking office, according to the Jackson Hole News and Guide. He defeated Russell Nelson, a forensic anthropologist and former deputy county coroner – an expert on skeletal remains.

His primary and general election campaigns centered on the theme that the coroner job should go to someone with a medical background.

An unmarked coroner's vehicle, front, drives past members of the media waiting in the Spread Creek area of the Bridger-Teton National Forest, just east of Grand Teton National Park off U.S. Highway 89 in Wyoming, Sunday, Sept. 19, 2021. Authorities say a body discovered is believed to be Gabrielle "Gabby" Petito. The FBI said the body was found by law enforcement agents who had spent the past two days searching campgrounds. (AP Photo/Amber Baesler) (AP Photo/Amber Baesler)

Blue maintains a board-certified family and emergency medical practice in Jackson, Wyoming, according to his bio at St. John’s Health. He completed his residency at the University of California, San Francisco, and graduated from the University of Louisville School of Medicine.

On Sept. 19, Blue’s office confirmed to Fox News Digital it had been dispatched to collect Petito’s remains from a dispersed camping site off of Spread Creek Road in the Bridger-Teton National Forest, just outside Grand Teton National Park.