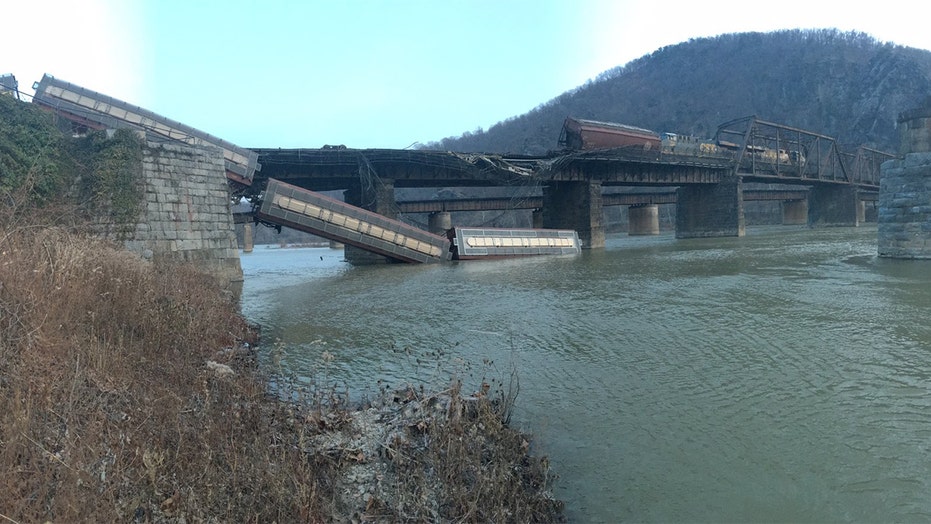 No one was injured and the conductor was the only person on board, Fox 5 DC reported.

The CSX freight train was heading towards Maryland when it derailed around 2:46 a.m., authorities said.

“Two of the five cars slid into the Potomac River,” CSX Transportation said early Saturday.  “All five cars were empty and there were no hazardous materials involved and no injuries as a result of the derailment.  CSX appreciates the swift response of the West Virginia and Maryland first responders.”

No injuries were reported in the derailment. (National Park Service)

The number of derailed cars went up to 7 later in the day.

Fox 5 reported that a picturesque walking path across the bridge was destroyed in the derailment.

The National Park Service in Harpers Ferry reported that the walking path was closed due to the accident.

The derailment Saturday of CSX freight train could be seen from downtown Harpers Ferry in West Virginia. (National Park Service)

The cause of the derailment was under investigation.