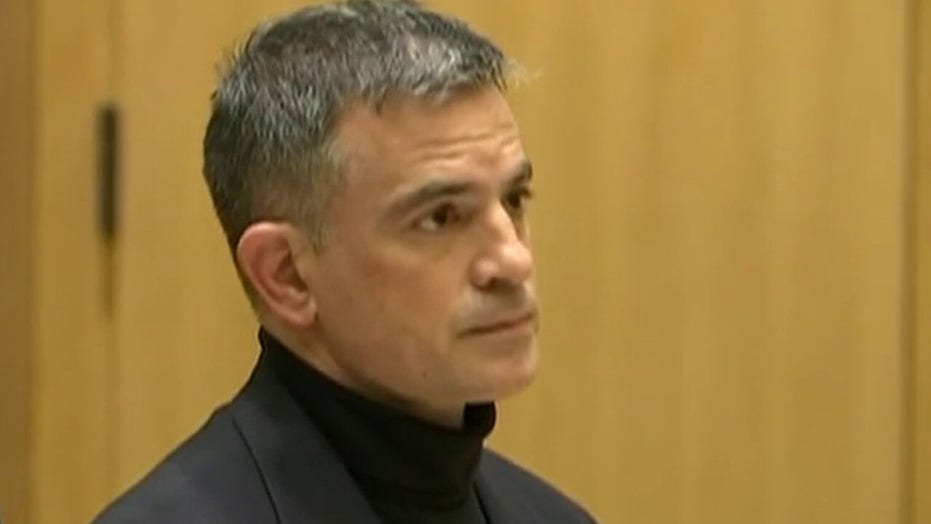 The attorney for the Connecticut man accused of killing his estranged wife Jennifer Dulos wants to keep moving forward with the case after his client's death; Laura Ingle reports.

Fotis Dulos’ five children visited him in the hospital in New York last month before he was taken off life support after police found him unconscious from an apparent suicide attempt inside his Connecticut garage, according to a statement issued by the family spokesperson Saturday.

Dulos was accused of murdering his wife Jennifer Dulos, whose body still has not been found after she first disappeared in May 2019 amid their contentious divorce and child custody battle. The couple’s five children had not seen their father since their mother first went missing and had been staying with their grandmother, Jennifer’s mother Gloria Farber, in New York.

"Five children have lost both parents in the span of eight months," Carrie Luft, the spokesperson for the family and friends of Jennifer Farber Dulos, said in a statement to Fox News. "Our main priorities are ensuring their well-being and protecting their privacy. Understandably, they wished to say goodbye to their father, which we arranged with the assistance of hospital personnel."

"Tragically, the children have not been -- and may never be -- able to say goodbye to their mother, Jennifer, who remains missing," Luft said. "This horrific reality continues, and we ask once again that the privacy of the families and loved ones be honored."

Fotis Dulos was found unconscious inside his Farmington, Conn., home on Jan. 28 when police came to perform a welfare check after he failed to show for a court appearance in Stanford earlier that morning. Officers found Dulos in medical distress from an attempted suicide and forced entry into the garage, the Farmington Police Department said in a press release.

First responders performed CPR before rushing Dulos to UCONN John Dempsey Hospital in Farmington. He was then airlifted to Jacobi Medical Center in the Bronx for treatment for carbon monoxide poisoning. His sister, Rena Dulos, flew in from Greece to visit him before he was taken off life support Jan. 30.

"Mr. Dulos was tried and convicted in the court of public opinion. Now he has been executed,” Fotis Dulos’ attorney Norm Pattis said in a Jan. 30 statement, announcing his client’s death, according to Hartford's Fox 61. “We remain committed to demonstrating he did not murder Jennifer."

Pattis also denied that his client attempted suicide out of guilt.

"We say no. We say it was a conscious worn with the weight of a world that was too busy to listen and that wanted a story more than it wanted the truth," he said.

Jennifer Dulos was last seen alive on surveillance video May 24, 2019, while dropping off her children at school. Her body has not been found.