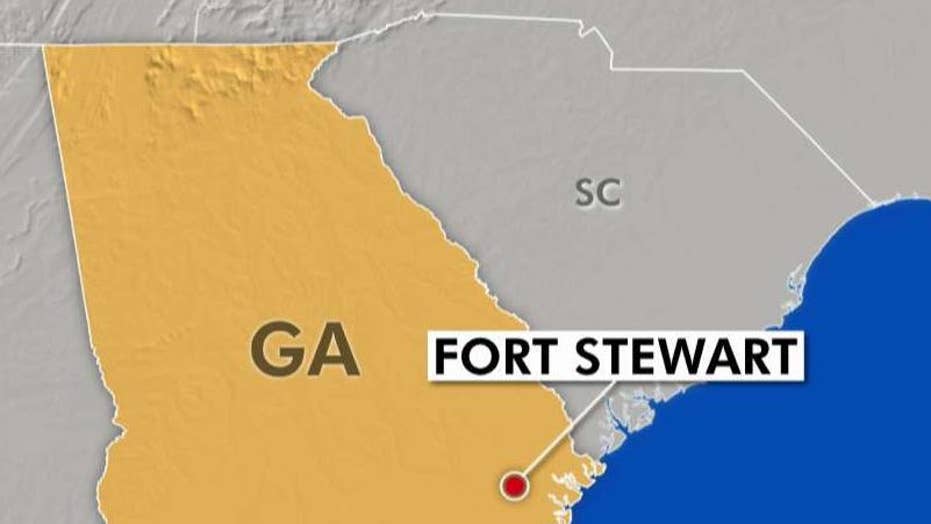 Three soldier killed in accident at Georgia base

Three soldiers were killed and three others were hospitalized after a training accident at Fort Stewart in Georgia on Sunday, according to officials.

Fort Stewart said in a news release that six 1st Armored Brigade Combat Team Soldiers were involved in the incident when a Bradley Fighting Vehicle they were riding on was involved in an accident early Sunday.

“Today is a heartbreaking day for the 3rd Infantry Division, and the entire Fort Stewart-Hunter Army Airfield community, as we are all devastated after a training accident this morning on the Fort Stewart Training Area,” Maj. Gen. Tony Aguto, commanding general of the 3rd Infantry Division, said in a statement. “We are extremely saddened by the loss of three Dogface Soldiers, and injuries to three more."

SOLDIER WHO AMPUTATED LEG TO SAVE TANK CREW: 'IT'S THE BEST THING THAT'S EVER HAPPENED TO ME'

Three of the six soldiers were pronounced dead at the scene, while the three others were taken to Winn Army Community Hospital where they are being treated and evaluated for their injuries.

Three soldiers were killed and three others were injured in a training accident at Fort Stewart in Georgia early Sunday. (Army Photo)

"Our hearts and prayers go out to all the families affected by this tragedy," Aguto said.

The names of the soldiers have not yet been released, pending identification of family members, according to base officials.

"The entire 3ID extends its deepest condolences to the families of the soldiers involved in this incident," base officials said.