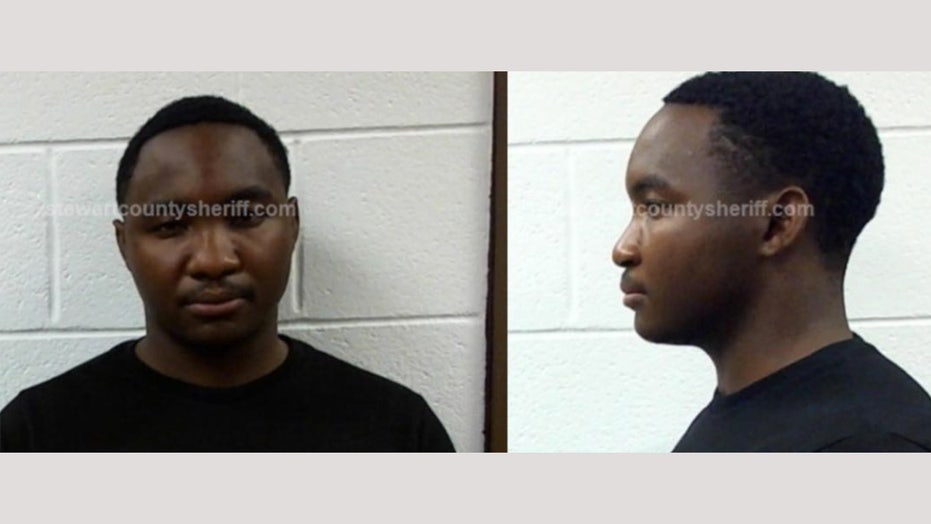 Tennessee cops seized 15 pounds of marijuana in a car belonging to a Fort Campbell soldier.

The soldier, Kalvin Taylor, 26, was arrested Wednesday on charges of drug possession and unlawful possession of a weapon, officials said.

The arrest happened after a traffic stop by Sgt. Robbie MacDonald, said Paulette Redman, a spokeswoman with the Stewart County Sheriff’s Office.

Redman said MacDonald suspected drug activity after talking to Taylor and then had a K-9, Harry, search the vehicle. Taylor refused to consent to a voluntary search.

A traffic stop led to large the seizure of 15 pounds of marijuana and the arrest of a Fort Campbell soldier. K-9 Harry participated in the bust.. (Stewart County Sheriff's Office )

“The driver then admitted to having marijuana in the vehicle,” she said. “A search of the vehicle led to the seizure of approximately 15 pounds of marijuana, 500 Xanax bars and a weapon.”