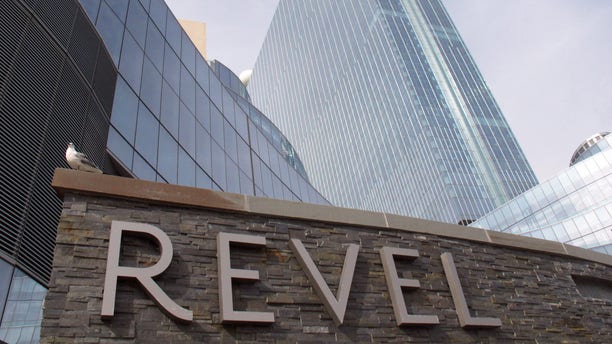 FILE - This Oct. 17, 2012 file photo shows the Revel, Atlantic City, N.J.'s newest casino. Revel, the casino many people had hoped would turn around Atlantic City's sagging fortunes, on Tuesday, Feb. 19, 2013 said that it will file for Chapter 11 bankruptcy protection in March, less than a year after it opened. (AP Photo/Wayne Parry, File) (The Associated Press)

Revel, the failed luxury casino-hotel on the Atlantic City Boardwalk, is expected to be sold at a bankruptcy auction for pennies on the dollar.

The former casino's management has received multiple bids for an auction scheduled to begin Wednesday morning at the New York offices of its bankruptcy attorneys.

The lone bid made public thus far is $90 million from Florida developer Glenn Straub, who envisions a so-called "genius university" there, with or without a casino.

The casino cost $2.4 billion to build, and had been open for just over two years before going out of business on Sept. 2.

Revel officials would not say how many other bids were received, or who submitted them.