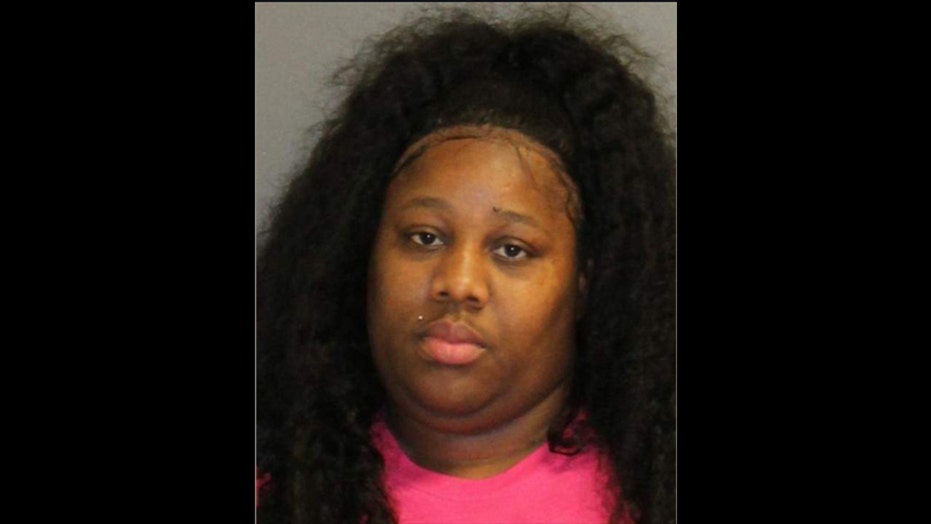 A 31-year-old woman has been charged with collecting $750,000 in life insurance after having a hitman bump off her stepfather last year, Florida police said Tuesday.

DeLand police accused Myesha Williams of hatching the murder-for-hire plot, which led to the shooting death of Terrance Gibson, 59, by a masked gunman in January 2019. She was charged with first-degree murder.

“The investigation revealed that Williams’ motive was an insurance policy, which she recently had increased the value in the event of Mr. Gibson’s death,” Chief Jason Umberger told a news conference.

The chief said Williams was the sole beneficiary. He also said detectives believe she drove the getaway car for the killer.

Asked about that relationship, Umberger said, “Well they had a relationship in that we believe she hired him to kill her stepfather.”

The station reported that Gibson was hanging around a campfire with others at a place called "The Watering Hole" when he was killed.

The Daytona News-Journal quoted detectives as saying that the alleged shooter was Perry Stanley Sr., and that he would also be charged with murder.

The paper reported that Stanley was behind bars in Orange County for other crimes and that he was her boyfriend.

The paper quoted an arrest report as saying that Williams spoke to the insurer to change the life insurance policy and handed the phone to a man to confirm the change.

The report says detectives asked Gibson’s mother to identify the man's voice and she said it wasn't her son's, according to the paper.