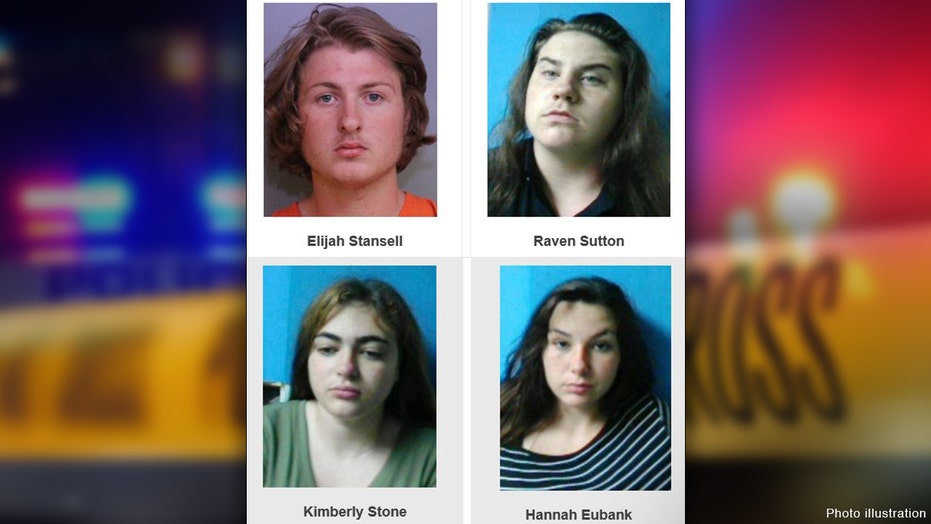 A Florida mom is in critical condition after coming home to find her son being attacked by a group of teens, who allegedly mowed her down with a van and fled, according to the local sheriff’s office.

The suspects, 18-year-old Elijah Stansell, 16-year-old Raven Sutton, 15-year-old Kimberly Stone, and 14-year-old Hannah Eubank, are accused of going to the victim’s home Monday to ambush him over a romantic dispute.

Stone allegedly showed Stansell where the victim lived and remained in the car as the three others went to the door, then attacked the son, according to the Polk County Sheriff’s Office.

"This was a coordinated, planned attack, carried out by a group of teens who beat up a teen then ran over his mother, leaving her for dead,” Polk County Sheriff Grady Judd said in a statement. “I can't even fathom teenagers doing something so heinous. Our prayers are with this family."

When the mother came home, the suspects ran away, authorities said.

But the mother followed them to take pictures with her cellphone – until police said Stansell slammed his van right into her. Eyewitnesses and home security cameras helped investigators identify the suspects, according to the sheriff’s office.

The mother remains in “very critical condition,” according to local authorities. Her injuries included a traumatic brain injury, fractured skull, broken leg and damage to her lungs, ClickOrlando reported.

The news site also published a recording of a six-minute 911 call from a utility worker who remained on the line, tailing the suspects.

Police in nearby Auburndale quickly spotted the van and arrested them.

Stansell faces charges of attempted felony murder, burglary with assault, three counts of contributing to the delinquency of a minor, and lewd and lascivious battery on a minor against another 15-year-old victim.