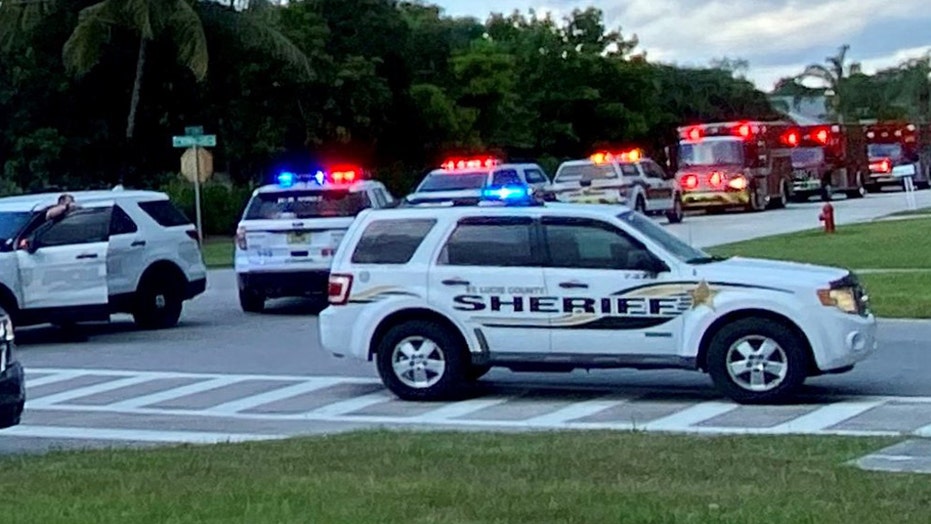 Three people, including a suspected gunman and a 13-year-old girl, are dead after a shooting inside a south Florida home Monday afternoon related to an ongoing dispute over a neighborhood dog.

An officer was also shot in the arm but is expected to survive, according to the Port St. Lucie Police Department.

"Just a tragic turn of events in what is normally a very, very serene community," said St. Lucie County Sheriff Ken Mascara, according to WPTV.  "If you heard this call come over the radio, it would make the hair on your neck stand... A little girl calls in saying, 'There's someone shooting in our house.'"

A Port St. Lucie police officer responded to the 2500 block of SE Morningside Boulevard at 12:24 pm for reports of a neighbor dispute involving multiple shots fired inside of a residence. A St. Lucie County school resource deputy was on duty at the nearby South Port Middle School when he heard the call and immediately went to assist the officer.

The gunman is believed to have been a neighbor and dog owner. His dog was ruled dangerous in court earlier in the day. The shooting reportedly happened when both parties came home from the courthouse.

The officer and deputy both “encountered the suspect inside the home and exchanged gunfire.”

An adult man was found dead inside the garage of the home. The 13-year-old girl was found critically injured inside the house and was pulled to safety by law enforcement. She was transported to the hospital, where she later died.

A police SWAT team then made entry into the home and located the suspect, who had been shot. It was not clear if the suspect turned the gun on himself or if he was struck in the exchange of gunfire. A homicide investigation is ongoing.

“A total of three people were dead on scene to include the suspect,” a police update said. “Two other victims were removed from the scene and transported to a nearby hospital for unknown treatment.”

“It’s just tragic and it’s not supposed to happen in Port St. Lucie,” Charles Dagata, a neighbor and longtime resident, told WPEC. “The rage that we’re into right now is really not good, and to do this over a dog is senseless and a little girl died.”