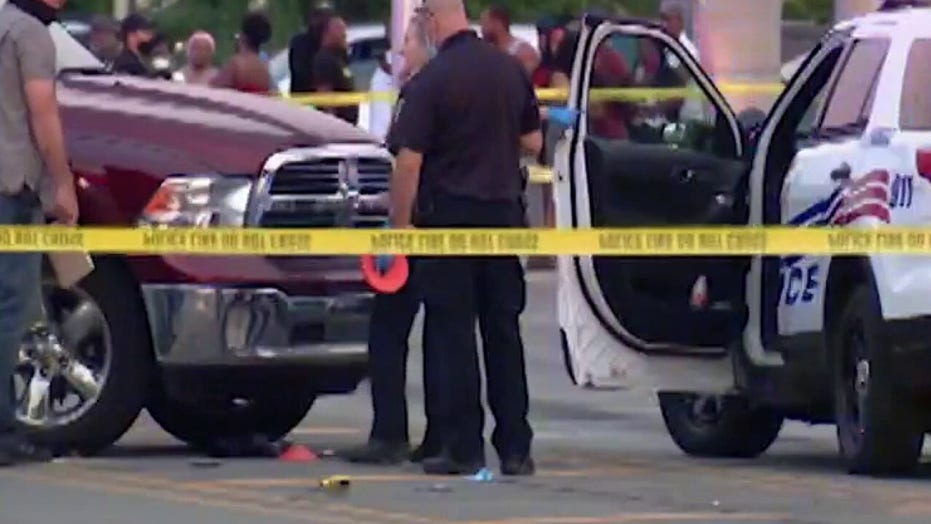 A Florida woman was arrested in connection with the death of a young Burger King employee, days after her husband was also nabbed for shooting the worker in the restaurant parking lot following a fight over the drive-through delay, police said.

Ashley Mason, 31, was charged on Wednesday for her involvement in the death of Desmond Joshua, who had recently started working at a Burger King in Orlando.

The Aug. 1 shooting followed an argument involving the Burger King’s manager, Joshua and a woman, whom police officials later identified as Mason. Police said Mason had allegedly grown irate over the long wait time at the fast-food restaurant’s drive-thru, where she ordered $33.11 worth of food.

Ashley Mason, 31, was arrested Wednesday in connection with the Saturday killing of a 22-year-old Burger King employee, according to the Orange County Sheriff's Office. (OSCO)

She was refunded her money and was ordered to leave, but not before she "threatened to bring her 'man' to the restaurant," the affidavit states.

Rodríguez Tormes allegedly "demanded to fight" with Joshua and the pair moved to the parking lot, where he "placed [Joshua] into a headlock and began to choke him," the affidavit states.

As the men were fighting, Rodríguez Tormes allegedly said: “Bust him if he touches me,” according to a description of cellphone footage from the document. Witnesses broke up the fight.

Rodríguez Tormes then climbed into his truck, at which time, he told police, he saw the younger man "jump over his wife's black Honda Accord and walk toward his closed driver's door, which still had the window up," according to the affidavit.

Kelvis Rodriguez-Tormes, 37, was reportedly arrested on charges of First Degree Murder with a Firearm, Destruction of Evidence, and Possession of a Firearm by a Convicted Felon. (OCSO)

He opened his window and stated: “You got two seconds before I shoot you," the affidavit states.

Moments later, he shot Joshua a single time in the chest and drove away. The 22-year-old was rushed to a local hospital, but could not be saved.

According to the affidavit, witnesses told investigators they also watched Mason take her husband’s gun and point it at restaurant employees before handing it off to Rodríguez Tormes.

When she got into her car, she allegedly had attempted to hit Joshua.

Rodríguez Tormes, 37, was arrested on Aug. 2 and charged with first-degree murder, destruction of evidence and possession of a firearm by a felon, police said.

Mason was charged Wednesday with principal of first-degree murder and aggravated assault with a firearm.