A Florida mother says she stands by her actions "100 percent" and is "not sorry" for spending a night in jail after breaking a hospital’s coronavirus and visitation rules by refusing to leave her recovering daughter’s bedside.

Lynn Savage, 70, was booked for trespassing following the incident that unfolded at UF Health North in Jacksonville on Oct. 4, according to Action News Jax.

"I could not in good conscience and good heart leave her bedside not knowing how she was going to make it through the night voluntarily," Savage told the station.

CORONAVIRUS VACCINES: WHY ARE SOME COUNTRIES RECOMMENDING SINGLE DOSE FOR TEENS, YOUNG ADULTS?

"I stand by my actions 100 percent. I am not sorry that I made them take me out of there in handcuffs," she added.

Savage’s daughter, Amber, had been recovering at the medical facility after undergoing brain surgery.

Savage told Action News Jax that a doctor there asked her to come into Amber’s ICU room to help her daughter – who is non-verbal and partially paralyzed following a stroke – calm down post-operation.

"With all these people talking and all these things going on and she doesn’t understand it and not being able to talk, she just was frantic," Savage said.

But then it came time to leave the hospital, and Savage reportedly refused.

"The nurse said that the visiting hours were over at seven and I had to leave and I said ‘I’m not going to leave. I want to stay here with my daughter,’" she told Action News Jax. "’Can you call the doctor because the doctor is the one that wanted me here with her?’ And she said no that they couldn’t do that that COVID rules said that visiting hours were over at seven." 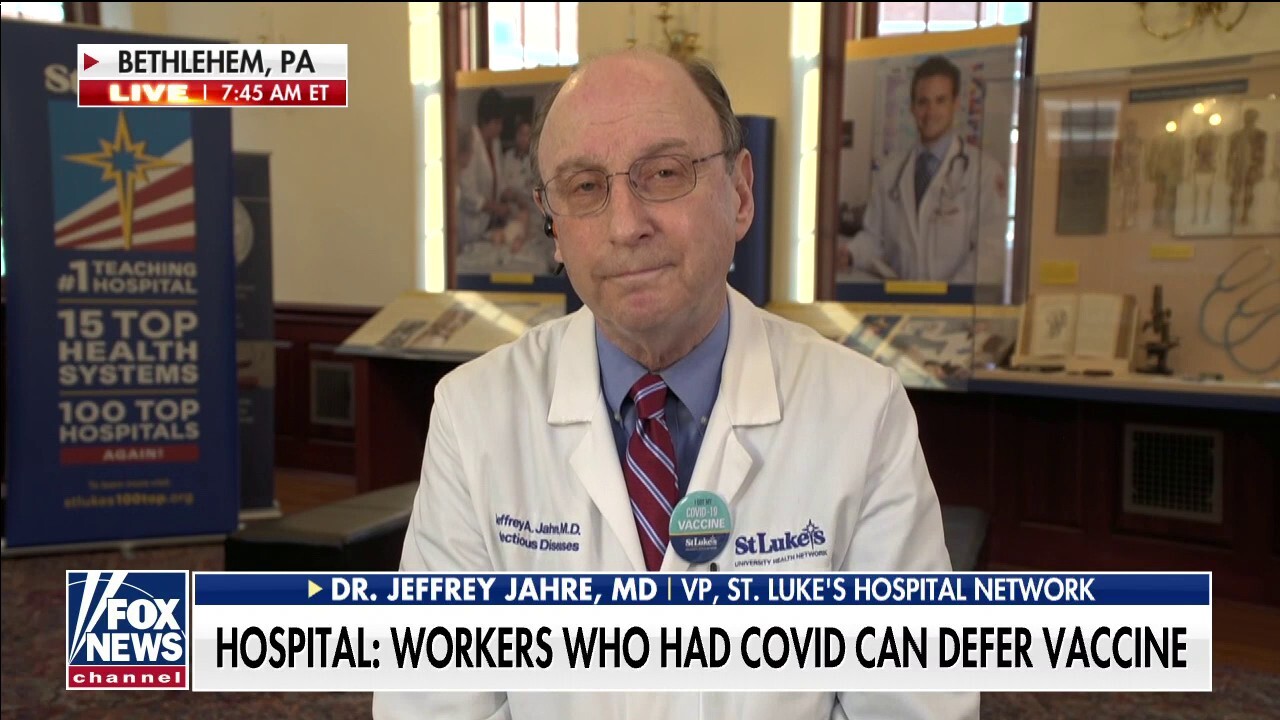 Dr. Jeffrey Jahre joins 'Fox & Friends' to explain why the hospital made the decision, says the hospital is following the science

The mother eventually was escorted out of the hospital by a Jacksonville Sheriff’s Office deputy.

"Ms. Savage is a twenty-year retired Deputy with the Stark County, Ohio Sheriff’s Office. She stated she understood but would have to be removed by force," reads an arrest report viewed by Action News Jax. "Ms. Savage was cooperative, and I placed her under arrest. Once escorted outside the hospital, I pleaded for Ms. Savage to come to reason, leave and return in the morning when visitation opened at 0900 hours. She refused for the principle that if something happens to her daughter Amber, she was forced to leave her side."

Savage told Action News Jax that she spent about 24 hours in jail and now has an Oct. 20 court appearance.

"Not an experience that I would ever want to do again for the rest of my life not ever... It was just terrifying, but I would rather be there than know that I had walked away from my daughter," she said.

In a statement, UF Health Jacksonville told Action News Jax that "Like health care organizations throughout the country, we have put policies in place to protect everyone from the COVID-19 virus, including patients, visitors and staff.

"Information about visitation limitations are placed in areas visible to those entering our facilities," it added.