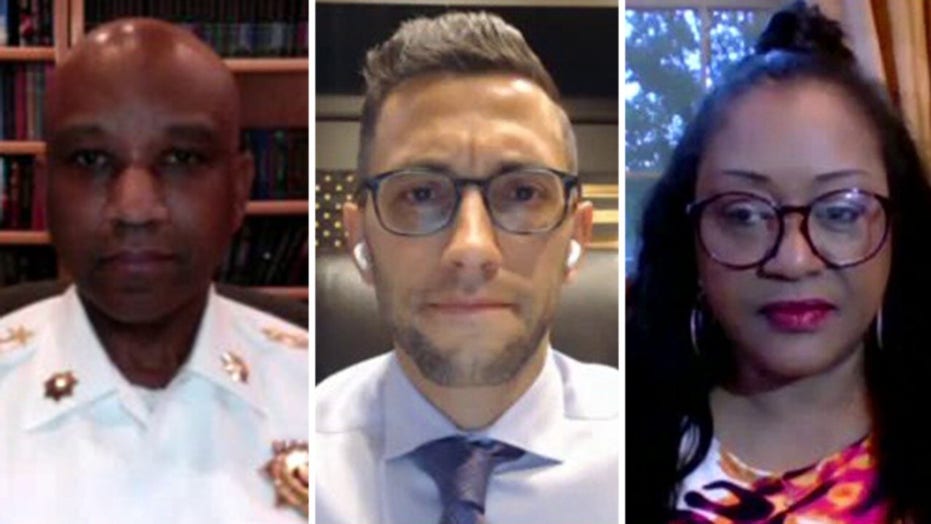 As violence continues throughout cities, police departments are still facing calls to defund; ‘Fox and Friends’ police panel weighs in.

Federal authorities have nabbed a Florida man who they say set fire to a commercial building in Tampa – causing an estimated $1.25 million in damage – when a protest at the end of May devolved into civil unrest, according to a Monday press release.

Terrence Lee Hester, Jr., 20, turned himself in to authorities earlier this month in connection with allegations he set fire to a Champs Sports store in Tampa shortly after 12:45 a.m. on May 31, Department of Justice officials in Florida announced Monday.

Hester was charged with damaging or destroying by fire a building used in interstate commerce. As of Monday morning, he had not been released.

What started as a peaceful protest on May 30 “devolved into widespread civil unrest in the area around the location of the Champs store,” states a criminal complaint in connection with Hester’s arrest, signed July 8. “The fire occurred during a period of looting and destruction to property in the area of the Champs store and nearby businesses.”

Footage released by police shortly after the blaze shows a shirtless man holding a flaming piece of white fabric as he walks closer to the store and tosses it onto the open window frame before walking away.

Investigators from local agencies and the Bureau of Alcohol, Tobacco, Firearms and Explosives said they determined the man seen in the video was Hester, though they do not believe he acted alone. Court papers identity the other people believed to be involved as “Relative 1” and “Relative 2.”

A fire investigator determined “that the intentional act of throwing a flaming piece of cloth into a broken window of the Champs store caused or contributed to the cause of the fire,” the document states, later noting: “The fire originating at the Champs store caused major damage to the building. The current estimated value of loss is approximately $1,250,000.”

According to the Tampa Bay Times, Hester’s prior arrests include burglary, resisting an officer without the use of violence, and petty theft.

Protests erupted nationwide in the wake of the May 25 death of George Floyd, a Black man who was killed after Derek Chauvin, a White Minneapolis police officer, kneeled on his neck for nearly nine minutes – despite Floyd saying 17 times that he couldn’t breathe.

Racial tensions were running high before Floyd's death, particularly after two White men were arrested in May in the February shooting death of Black jogger Ahmaud Arbery in Georgia, and after Louisville, Ky., police shot Breonna Taylor, a Black emergency medical technician, to death in March after executing a no-knock search warrant.