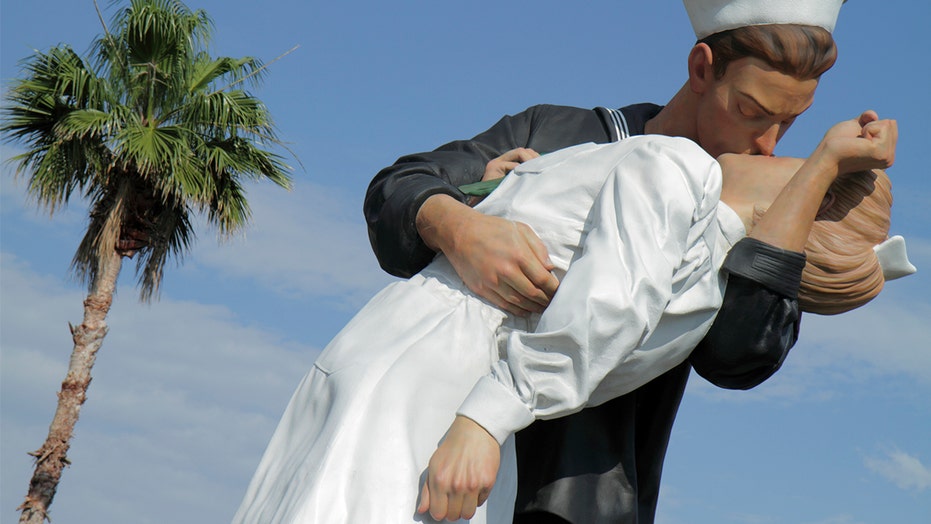 A Republican congressman from Florida is urging city officials in Sarasota to quash a plan that would move a statue celebrating the World War II victory over Japan away from its current Bayfront home.

“It commemorates the celebration of VJ Day and the end of World War II,” Rep. Vern Buchanan wrote in a letter to the mayor and city commission. “This representation of that moment more than 75 years ago reminds us of an important time in our country’s history and honors the ‘Greatest Generation’ who served and sacrificed.”

The two had never met, and Friedman said in a 2005 interview with the Veterans History Project that it wasn’t her choice to be kissed.

“It was just somebody really celebrating,” she said. “But it wasn’t a romantic event.”

Shortly after Mendonsa’s death in 2019, vandals spray-painted “#MeToo” on the sculpture, according to the Sarasota Police Department.

City leaders plan to discuss the possibility of moving the sculpture to another site later this month -- and some residents want it removed entirely, according to the Sarasota Herald-Tribune.

But Buchanan said the statue remains a popular landmark and has the support of many members of the local community.

“My on-line survey of area residents showed more than 80 percent supported keeping it right where it is – and I agree with them,” he wrote in his letter. “The ‘Unconditional Surrender’ statue is extremely meaningful to the Sarasota’s veteran community and honors their sacrifices for our country.”