Captain Kyle Rosenblatt was fishing 20 miles off the coast of Florida when he spotted a great white shark circling his boat.

A Florida fisherman captured video of a shark swimming near his boat off the coast of Jupiter Inlet over the weekend, video shows.

“Got a great white under the boat,” someone says in the video, which was posted to Instagram by an account called @indepthmarinefl. “A big girl! Look how wide it is.”

Orlando-based Fox 35 identified the account owner as Kyle Rosenblatt, who said he took the video Sunday about 20 miles offshore.

He said the encounter lasted about a half-hour and that the shark was “calm as a cucumber.”

"The shark is not something to be afraid of, but deserves respect,” he told the outlet. “I am just borrowing its ocean for the day of fishing and felt extremely lucky to see the top predator of the sea up close and in the wild.”

Several people can be heard in the video in apparent awe as the massive predator smoothly swims below the waterline.

“It’s huge,” someone else aboard the boat says.

Then the camera dips into the water for a clearer look – showing the massive sea creature in its native habitat. 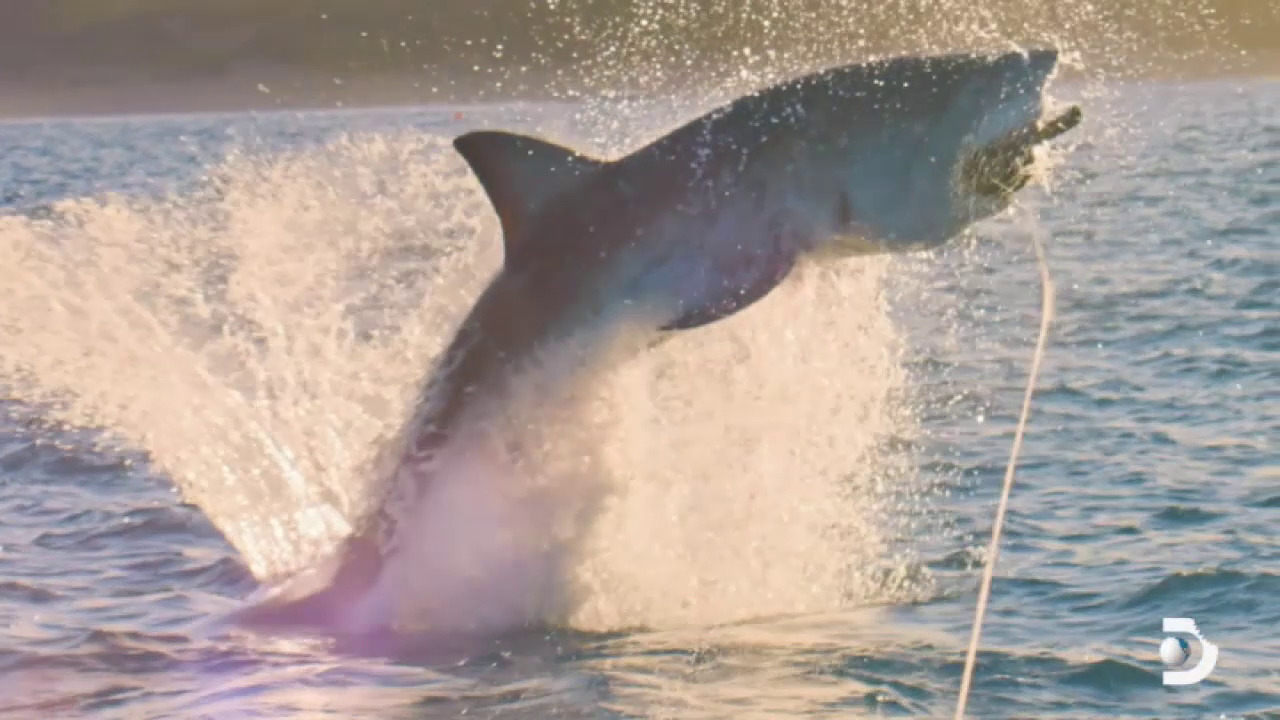 “See the chunks out of its fin? Maybe they can recognize it based on that,” someone says.

“Yea,” another fisherman replies. “Exactly, there’s a big database on those things.”

While shark sightings gather a lot of interest, attacks on humans are rare but can still be deadly.

In Maine late last month, retired New York City fashion executive Julie Dimperio Holowach, 63, was attacked and killed by a great white while swimming 20 yards off of Bailey Island with her daughter.

It was the first deadly shark attack on a human in the state’s history, authorities said.

Great white sharks on the Atlantic Coast spend their time mostly in coastal and offshore waters along the continental shelf and around islands between Newfoundland and Florida, according to the National Oceanic and Atmospheric Administration. They can grow to as large as 21 feet.