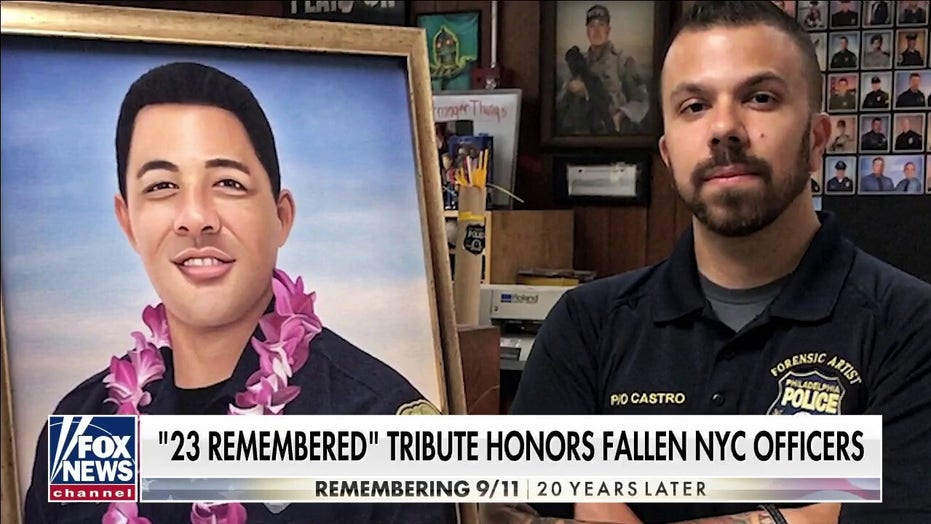 Tributes on Saturday to those who died on 9/11 two decades ago included at least one that was conducted underwater, according to a report.

In the Florida Keys, a group of divers draped a massive American flag on the wreck of the USNS Gen. Hoyt S. Vandenberg, a World War II vessel that was retired in 1983 and then repurposed years later as part of an artificial reef about seven miles off Key West, according to reports.

The 1,200-square foot flag was unfurled beginning at the vessel’s highest point, about 60 feet below the water’s surface within the Florida Keys National Marine Sanctuary, FOX 13 of Tampa Bay reported.

IN UK, STAR-SPANGLED BANNER PLAYED AT WINDSOR CASTLE TO MARK 20 YEARS SINCE 9/11

Two Navy helicopters performed a flyover during the event, with observing boaters and others including relatives and friends of 9/11 attack victims, the station reported.

The 17,000-ton, 523-foot-long Vandenberg was initially called the Gen. Harry Taylor during the 1940s, then became the Vandenberg in 1961 after changing from a Navy vessel to an Air Force vessel, The Associated Press reported.

Over the years it was used to transport Army and Navy personnel and then later served as a missile tracker during the Cold War, the AP reported.

It was sunk in 2009 at a cost of about $8 million, with local officials hoping to raise money by having tourists pay to go underwater to take a look at the vessel, according to the AP.

Vandenberg, a native of Milwaukee, was the second chief of staff in Air Force history and later served as director of the CIA. He died in 1954 at age 55.

Taylor, from New Hampshire, was an Army chief of engineers who served during World War I and died in 1930, according to the Naval History and Heritage Command website.