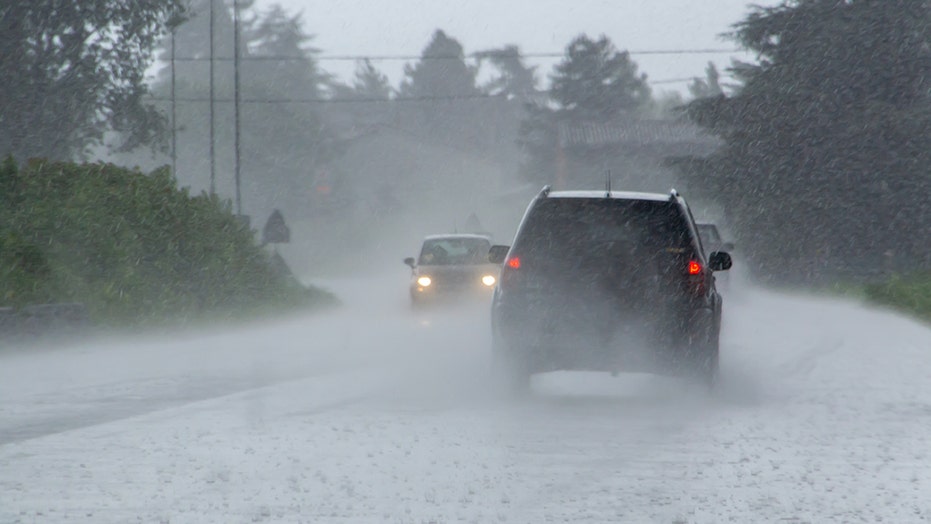 A woman who was caught in treacherous flash flooding when severe thunderstorms pounded New Jersey last week ended up on terrifying ride through a drainage system and lived to tell the story.

Nathalia Bruno, 24, of Newark, was delivering food in Passaic for DoorDash on July 6 when a powerful storm triggered flash flood warnings across the greater New York City metro area.

The 24-year-old ended up stuck in deep water as many motorists did across the region. But when Bruno escaped her vehicle before it filled with water, she was sucked into a brook that runs below the city.

The 24-year-old's car slammed into an underground support beam in the drainage tunnel, but Bruno avoided any underground obstacles in her harrowing mile-long ride.

A New Jersey woman survived a harrowing mile-long ride through a storm drain last Monday after flash floods swept her and her car into the drainage system. (iStock)

Rutherford Police Chief John Russo told NorthJersey.com that Bruno eventually was “shot out” of the drain into the Passaic River and swam across to the other side of the river.

“She was stunned,” Russo told the news outlet. “She was out of it. In shock. She really didn’t know what happened to her.”

Bruno was taken to a hospital for treatment but was not seriously injured.

A DoorDash spokesperson told Fox News in an email the company takes the safety of its community "extremely seriously," adding "our thoughts and sincerest condolences are with the Dasher who endured this frightening event. "

"We have reached out to offer our support during her recovery and will be providing her with financial assistance as well as occupational accident insurance to cover expenses incurred," the spokesperson told Fox News.