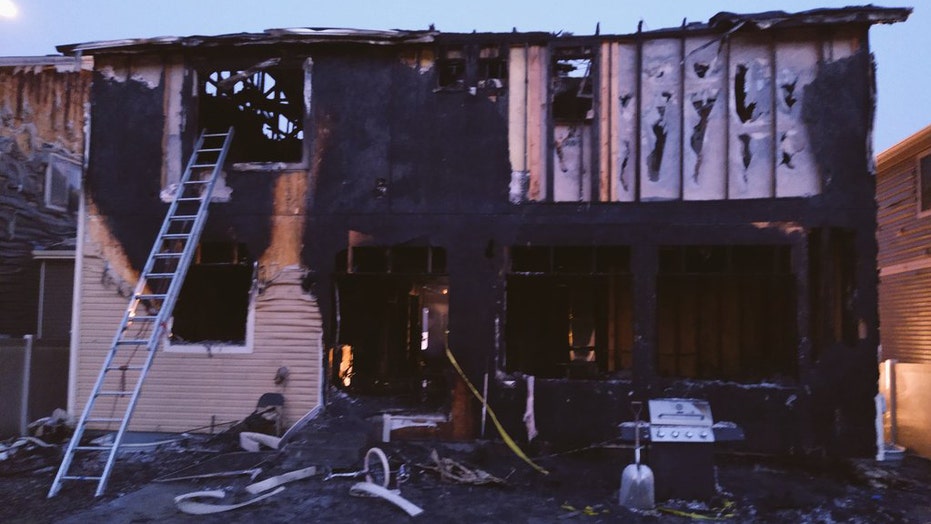 Five people, including a toddler and child, died Wednesday in a suspicious house fire in Denver.

An arson investigation is underway, the Denver Fire Department said.

“We have indication through some evidence that it was arson,” said Joe Montoya, chief of the Denver Police Department’s investigations division, declining to elaborate on what investigators have found.

A house fire in Denver killed five people, including a toddler and a child. (Denver Fire Department)

The identities of the people killed have not been released but a neighbor told KDVR that the victims were a husband, his wife and their two kids as well as the husband's sister.

Three others jumped from the second story of the home and survived but authorities have not released their conditions.

The DFD was called in around 2:30 a.m. When they arrived, the house was ablaze.

The family purportedly immigrated to Denver from Senegal in the past two years, Abou Djibril, a relative of the victims, told the Denver Post.

More than 40 people, many of them refugees from Senegal, showed up to the scene to mourn.

“This is a devastating time for Denver, for this community, and our hearts and our prayers go out to this community,” Capt. Greg Pixley of the Denver Fire Department said. “We really want people to understand that we do feel for them right now.”