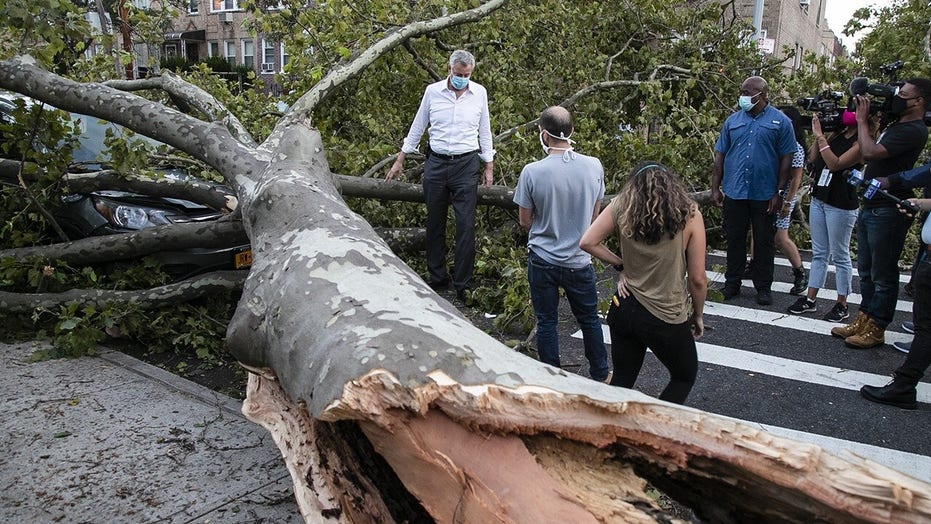 The coastal North Carolina community where Isaias made landfall as a Category 1 hurricane is warning residents to take immediate fire prevention action Thursday after a series of overnight blazes destroyed two homes and damaged three others.

The fires in Ocean Isle Beach, which are believed to have been ignited by a car that was still flooded out from the storm, also left one person seriously injured, according to WECT.

“The Town of OIB is requesting all vehicles, including golf carts, be PUSHED out from underneath any structures that were affected by flooding,” its fire department wrote this morning on Facebook. “We also recommend disconnecting vehicle batteries as an additional precaution against house fires.”

One image of the blazes released by Horry County Fire Rescue showed smoldering stilts where a home used to be standing.

Multiple fire departments were reportedly called to the scene to get the flames under control.

The destruction follows fires that broke out in Ocean Isle Beach on Monday after Isaias made landfall.

As the eye came ashore, multiple fires were reported there as up to 3 feet of floodwaters were observed, in addition to the storm packing winds of 85 mph with higher gusts.