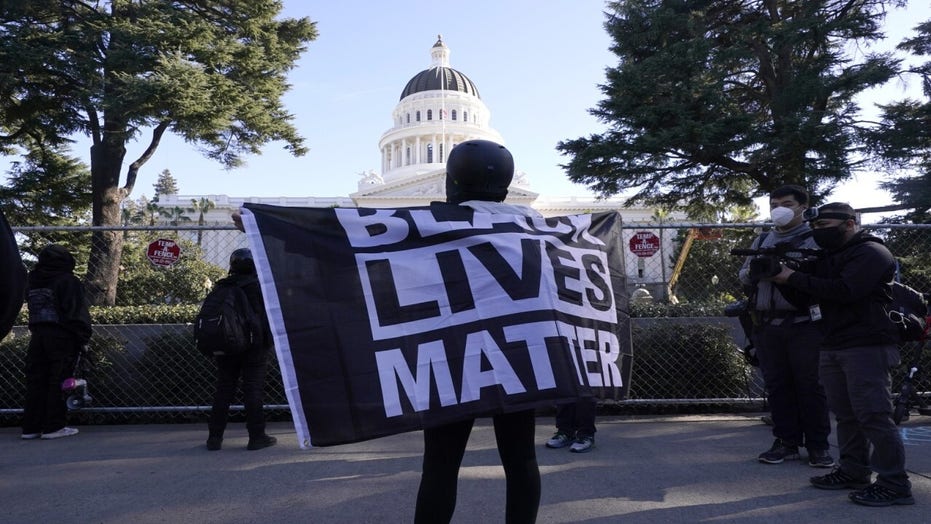 Brown's son, Michael Brown Jr., an 18-year-old Black teen, was killed in a police-involved shooting in the city in 2014, prompting a wave of Black Lives Matter demonstrations. Despite the protest movement's massive haul, Brown said he received just $500.

"His son's death and the unrest that followed brought global attention to the police brutality issue that has plagued the U.S. for over a century," the IBFA said in a statement Tuesday. "[Brown Sr.] was left with more questions than answers about the group's funding."

"Today, we hold Black Lives Matter accountable," Russell said in a video Tuesday alongside the elder Brown. "What kind of movement are we building where we're saying, 'Black Lives Matter,’ but the freedom fighters and the families are being left behind?"

The International Black Freedom Alliance claimed that local activists have not been properly funded amid the surge of donations to Black Lives Matter.

"They believe the momentum from the 2014 unrest and the subsequent protest that local activists organized for several months after were the catalyst for the group being propelled into the position to receive the $90 million," the International Black Freedom Alliance wrote in a press release Tuesday. "Now they demand funding from the group to the tune of $20 million in order to continue the work they started."

FILE - In this June 6, 2020, file photo, demonstrators protest at the Lincoln Memorial in Washington, over the death of George Floyd, a black man who was in police custody in Minneapolis. (AP Photo/Alex Brandon, File) (Associated Press)

Black Lives Matter received a flood of donations in the wake of the death of George Floyd, a Black man who died while in the custody of Minneapolis police last May.

The Associated Press reported last month that Black Lives Matter Global Network Foundation, the umbrella organization for the movement, brought in just over $90 million last year and ended 2020 with more than $60 million in cash.

The group said it has committed $21.7 million to Black Lives Matter chapters and other Black-led organizations, according to the Associated Press, and several chapters were notified that they are eligible for a $500,000 grant through a spinoff called BLM Grassroots.

BLM chapters around the country banded together to reject the proposal in December though.

"Since the establishment of [Black Lives Matter Global Network Foundation], our chapters have consistently raised concerns about financial transparency, decision making, and accountability," the group, which includes chapters in San Diego, Oklahoma City, and Chicago, said in a statement.

The chapters encouraged supporters to "donate directly to chapters, who represent the frontline of Black Lives Matter," while they decide their next steps.

Black Lives Matter Global Network Foundation did not immediately respond to a request for comment Wednesday.