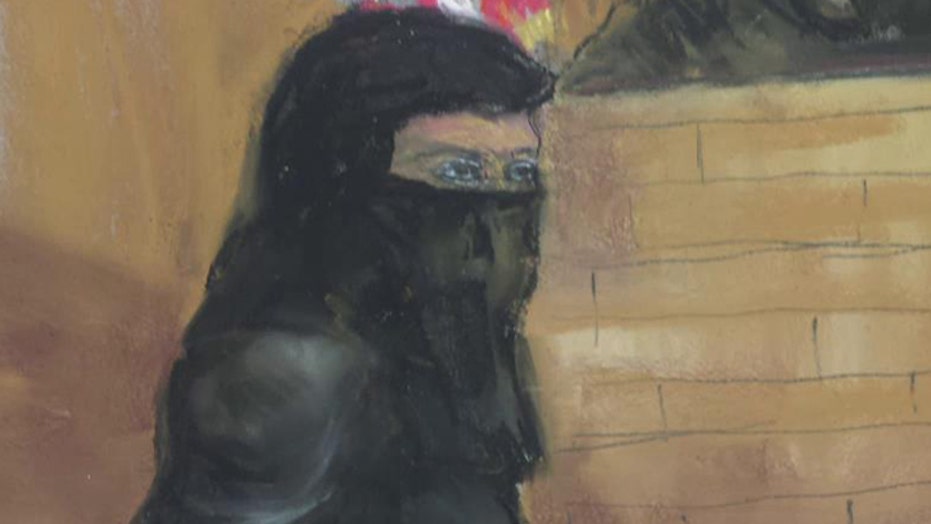 A Philadelphia woman who told an ISIS fighter that dying for the terrorist organization would be "amazing" was arrested last week before she could depart for the Middle East, federal authorities announced Friday, a day after disclosing the arrests of two New York women who allegedly plotted to set off pressure cooker bombs on American soil.

Keonna Thomas, 30, who also went by the names Fatayat Al Khilafah and YoungLioness, had purchased a visa allowing entry to Turkey and had an airline ticket for Spain for March 29 when she was nabbed, authorities said. Officials believe she planned to make her way from Spain to Turkey, then to Syria to join ISIS.

“If we truly knew the realities . . . we all would be rushing to join our brothers in the front lines pray ALLAH accept us as shuhada [martyrs]."

“If we truly knew the realities . . . we all would be rushing to join our brothers in the front lines pray ALLAH accept us as shuhada [martyrs],” Thomas allegedly tweeted before deactivating her Twitter account so as not "to draw attention of the kuffar [non-believers].”

Thomas was charged with knowingly attempting to provide material support and resources, including herself as personnel, to a designated foreign terrorist organization. If convicted, the defendant faces a maximum possible sentence of 15 years in prison. The case was investigated by the FBI’s Joint Terrorism Task Force and the Philadelphia Police Department.

On Thursday, federal authorities announced the arrests of Noelle Velentzas, 28, and Asia Siddiqui, 31, who allegedly plotted to set pressure cooker bombs off at the funerals of police officers. Velentzas, according to officials, idolized Usama Bin Laden, even keeping pictures and video of the Al Qaeda mastermind on her cell phone.

"The investigation has revealed that Velentzas espouses violent jihadist beliefs and has repeatedly expressed an interest in terrorist attacks committed within the United States," the complaint stated.

Both women were being held without bail after being arraigned in Brooklyn federal court Thursday afternoon. If convicted, both could face life sentences in prison.

U.S. Attorney for the Eastern District of New York Loretta Lynch said the pair studied how to carry out what could have been a deadly attack.

"We are committed to doing everything in our ability to detect, disrupt and deter attacks by homegrown violent extremists," Lynch said. "As alleged, the defendants in this case carefully studied how to construct an explosive device to launch an attack on the homeland."

Last week, authorities in Chicago nabbed a National Guardsman and his cousin in a terror plot that included bombing an Illinois armory, an attack law enforcement said could have killed more than 100. The Heritage Foundation reported that the Chicago plot was the 64th case of a plot to commit terrorism on U.S. soil since 9/11.