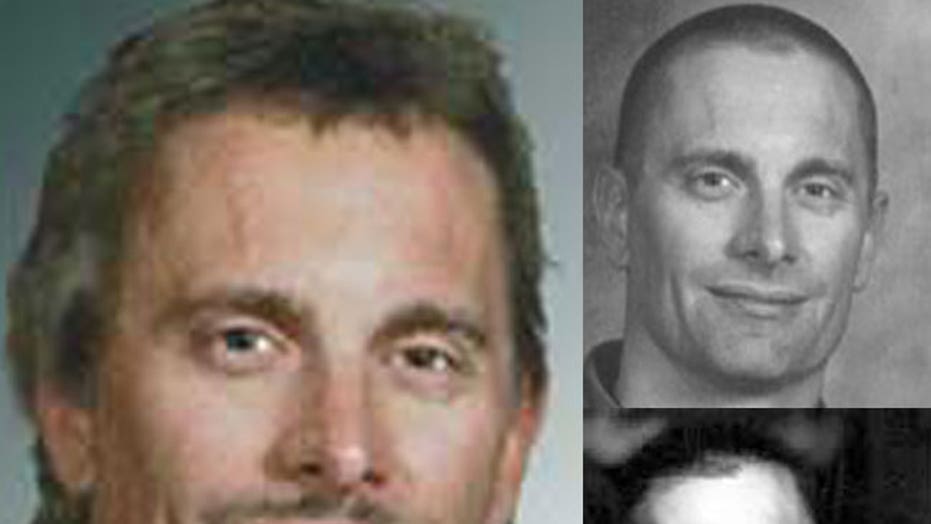 The FBI has maintained a "Most Wanted" list of the top ten most wanted criminals in the U.S. since 1950. In total, 523 fugitives have been listed, 10 of whom were women. Of that 523, 488 have been captured. Here are five fugitives added to the list in the last decade who remain at large:

Fisher is wanted for allegedly killing his wife and two children, then blowing up their home in Scottsdale, Ariz., in 2001. Fisher, a cardiac technician and ex-Navy firefighter, was a child of divorce and vowed his children, aged 10 and 12, would never go through the same thing. Shortly before the mass killing, his wife, Mary Fisher, told friends that she was going to leave Robert.

Neighbors reported hearing a loud argument the night before Mary was shot in the back of the head and their children’s throats were slashed from ear to ear in the hours before their house exploded at 8:42 a.m. on April 10, 2001.

Fisher was named the only suspect in the case soon after. On April 20, authorities found Mary’s Toyota 4Runner and their dog, Blue, in Tonto National Forest, near the town of Young, Ariz., according to AZ Central. Police searched the area where the car and pet were found, but they allegedly did not search the complex network of caves within the forest. Some professional cavers suggested that Fisher could have used these to hide before either escaping, killing himself or dying of low levels of oxygen, as reported by AZ family.

He was added to the FBI Most Wanted fugitives list in June 2002.

Flores is wanted for the kidnapping, rape and murder of 5-year-old Iriana DeJesus in Philadelphia, Penn., in 2000. A Honduran itinerant worker, Flores is believed to have lived in the building where the child’s body was found, sexually assaulted, strangled and wrapped in a trash bag. The itinerant homeless man was believed to have disappeared at the same time as the little girl. Flores was then arrested for shoplifting in 2002 and forgery in 2005 in Arizona before he served 60 days in jail and was deported back to Honduras. In 2007, the FBI noticed that the DNA sample taken from the Philadelphia crime scene matched that of the Arizona convict and he was added to the fugitives list.

Brown is wanted for first-degree murder and armed robbery at a Phoenix movie theater in November 2004, after he allegedly shot an armored guard outside the theater then ran off with the theater’s cash on hand. He then fled to Las Vegas before driving to Orange County, Calif., to stay with relatives. When the FBI carried out an arrest warrant in December 2004, they missed him by two hours. Soon after, Brown became a “ghost” and went completely off the grid. In January 2005, authorities tracked down his abandoned vehicle at Portland International Airport, according to AZ Central.

According to the FBI, Brown “speaks fluent French and has a Masters Degree in International Business.”

“He is an avid golfer, snowboarder, skier, and dirt biker. Brown enjoys being the center of attention and has been known to frequent nightclubs where he enjoys showing off his high-priced vehicles, boats, and other toys. Brown was a member of The Church of Jesus Christ of Latter-Day Saints, and completed his Mormon mission near Paris, France,” the poster continued. The FBI is offering a $200,000 reward for information relating to his arrest. He was added to the fugitives list in December 2007, and he is considered "armed and very dangerous."

An Egyptian resident of the U.S., Said is wanted for the murder of his two teenage daughters in Irving, Texas, in 2008. On January 1, 2008, Said lured the girls into his taxi cab under the pretense that he was going to take them out to eat.

Both of his daughters had confided in friends that Said had physically and sexually abused them. Shortly after Christmas 2007, Said’s daughters, Amina and Sarah, and his wife, Patricia, ran away to Tulsa, Okla., before Patricia reluctantly convinced Sarah to return to the girls’ abusive father with her, and later convinced Amina to return home from a friend’s house where she’d been staying. Amina had already made extensive plans to run away with her boyfriend once they raised enough money.

Then on Jan. 1, Said took both of his girls into his cab, kissed them and told them he was taking them out to eat. Patricia initially wanted to come along but Said told her he wanted to take them alone. He drove around for a while before shooting both of the girls in the cab. Amina, 18, died instantly but 17-year-old Sarah managed to call 911. ““Help, help! My dad shot me, my sister, I’m dying, I’m dying!” she told the operator shortly before succumbing to her injuries, as reported by PIX 11.

It’s believed that Said may be working as a taxi cab driver in New York City. He’s known to always wear dark sunglasses, even inside, smoke Marlboro Lights and frequent diners such as Denny’s or IHOP. He was added to the fugitives list in December 2014 with a $100,000 reward for any information leading to his arrest.

Palmer was added to the FBI’s Most Wanted list on May 29, 2019, for allegedly shooting dead his daughter-in-law Tammy Palmer in September 2012 in Stony Point, New York. Eugene lived next door to Tammy and her husband, his son John. Tammy and John’s relationship soured and she filed for a restraining order against John. She threatened to file for divorce and sue for land which Eugene owned, which caused him to get into a bitter argument with Tammy

On the morning of Sept. 24, 2012, Tammy walked her two children to the bus stop. Eugene was believed to be lying in wait in the bushes. As she walked home, Eugene allegedly shot at her from a distance. Eugene then fled in his pickup truck, which he abandoned near Harriman State Park in Rockland County. Police called in search dogs, which followed Palmer’s scent through the park for a while before losing track of it. Authorities never found a body, leading them to believe he is still alive. Authorities believe he might be hiding in either Upstate New York or Florida where he has relatives, according to the Rockland Journal News.